Posted on June 29, 2015 by katiemiafrederick 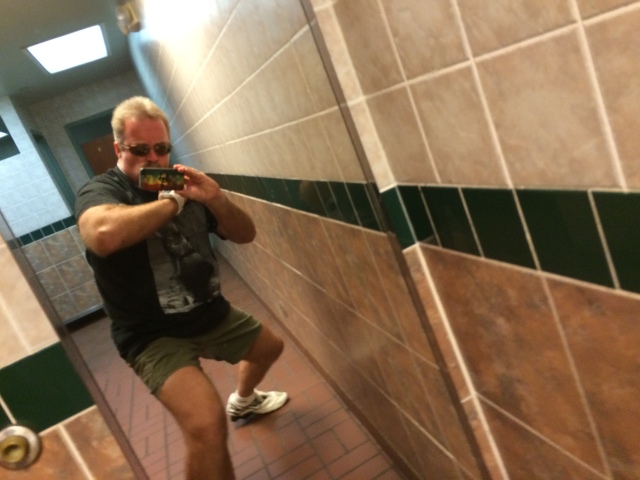 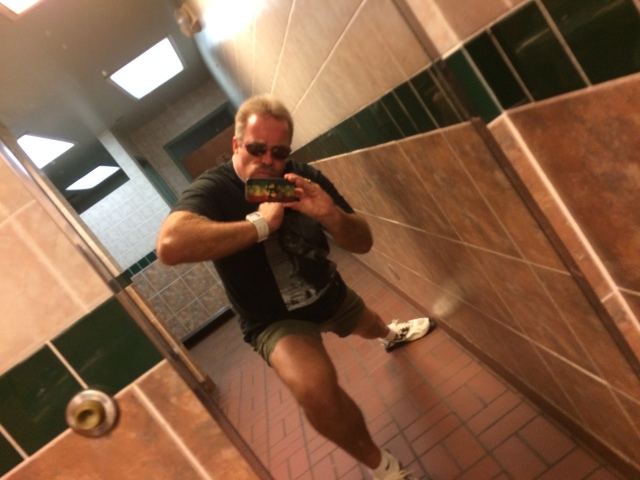 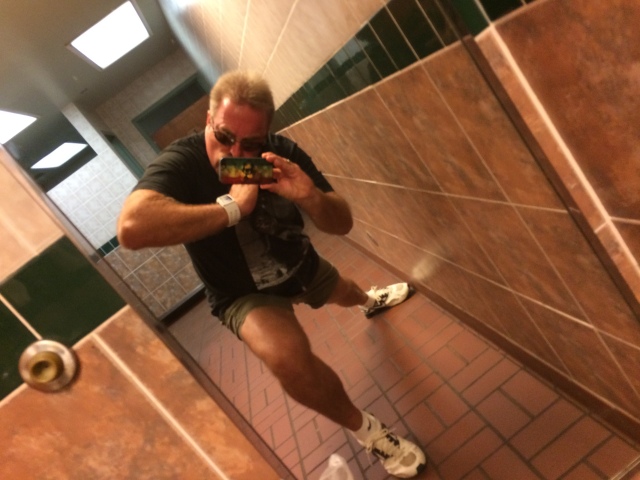 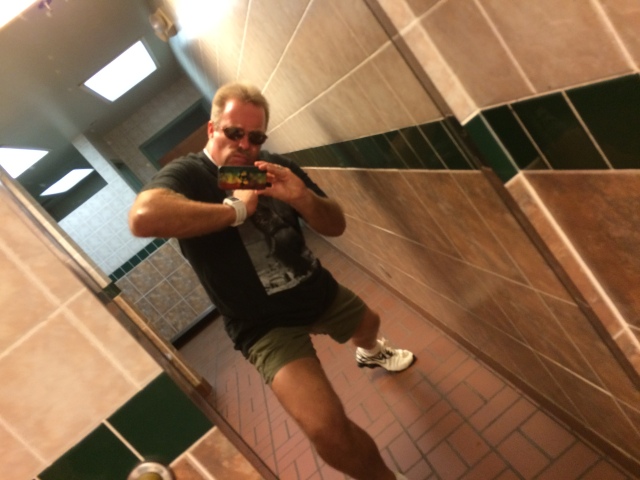 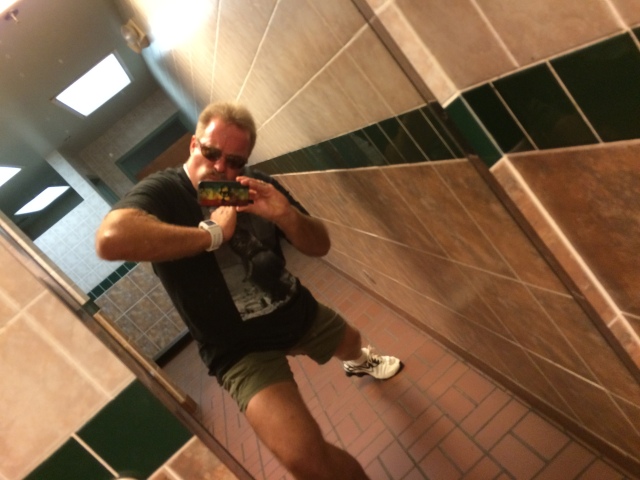 i am sort of raised by T.V.

and most of my heroes

are heroes in T.V. shows

who kinda looked like my cool law enforcement dad..

never breaking a sweat.. looking calm with a cigarette in hand..

to the ‘Six Million Dollar Man’.. with Bionic right eye..

so i dream then.. that one day

i will be a Super Hero too..

is an iPhone5S Rasta colored

LION camera.. a dance.. and a selfie

in front of a Burger King Restroom Mirror..

so ha!.. i am a Super Hero in the mirrors of MY OWNED Life..

But the thing about imagination is.. imagination is as real as real gets.. in imagination of lucid dreaming wide awake.. to dream wide awake is to make reality come truth IN CREATION ACTIVITY.. and more on dream control.. as ‘Silent Lucidity’ nicely illustrates… 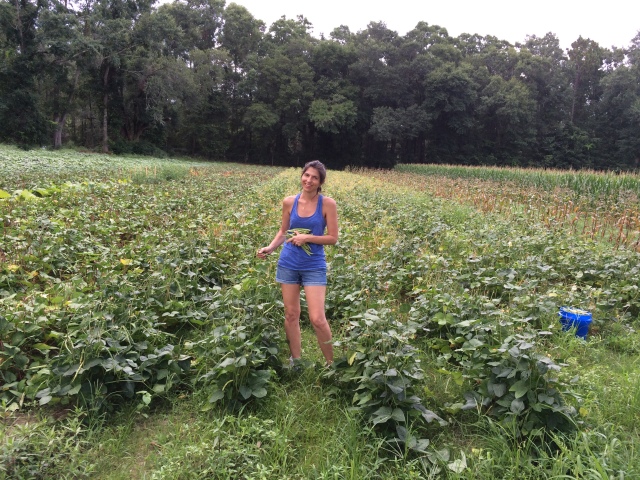 i look for a dark haired girl

that will make all

i am a Virgin then..

that even 15 year old girls

Summer Dance are years beyond me..

never feeling in my heart and

oh.. like a well of divine water is those dark brown eyes

of seemingly innocence’s breath in passion of love alive..

oh.. i still can remember a lovely smell of stale cigarette smoke..

from a house of Cuban Mother who smokes short brown cigar-like smokes..

on a knitted shawl she wears to what is named Riverside Disco at that time..

and yes.. the passion of Love.. becomes anything..

even the stale smell of a mother’s little stogie..

associated with a Flower of Love.. oh.. a Catholic Boy

raised to believe in the Virginal Qualities

of a white flowered woman..

only one wife for the rest of life..

is such a conundrum of screwed up crap..

in a world where Nature of GOD rules

and not insane rules of culture and church..

anyway.. to make a long story much much shorter..

that one does not work out..

dream of having a wife who

that dream continues to come true.. as somehow wife Katrina

never ages at 45.. and it seems to be that even my Catholic Priest can still sense the so-called ‘purity’ in her.. that is more or less a sad by-product of fear.. from growing up poor without a father’s love.. with many challenges of a single mother family.. but i am free to experience all imagination’s dream of life..

for the greatest reason FEELING

from a mother.. before T.V. raises me the rest of the way..

through illusions of life.. and peers.. and school..

with my wife who is like a Goddess of Nature..

in how all the animals flock

to her natural innocent giving nature..

even the okra she picks is willing to jump up in her arms..

as all recognize Real Love when ‘they’ ‘see’ it.. from Okra to Priest.. to continuing me.. TRUST.. the foundation of any relationship.. and my wife and i trust each other.. which means we can be free from stuff that holds many relationships down from continued youthful innocence of spirit that transforms the hardest of lives.. into butterfly eyes.. in Garden of Love.. that truly is

THAT GARDEN OF EDEN.. EVEN IN A CONCRETE ROOM.. AS LONG AS LOVE SURVIVES IN EYES OF HEART.. SOUL.. EXPRESSED AS HUMAN SPIRIT.. THE BUTTERFLY RISES IN STARS OF SHINE..:)

And then there is the dark side of life.. and another Facebook reference

to the ‘Children of the Corn’ movie by Stephen King

of religion can deform the rites

of love innately and instinctual

as intuitive gift in human..

where human will do anything

of women in female genital mutilation

in African Muslim cultures for an illusion of self-esteem

simply to subjugate other humans for reproductive control

no less than cattle branded with irons of ownership..

to removing the foreskin of a small baby in torture

in an illusion to separate humankind from the foreskin

of other animal as same.. as religious ideology superimposed

on All Natural FORCE OF GOD.. there is great danger

in religion and that is the FACT THAT HUMANS

WILL BELIEVE AND DO ALMOST ANYTHING

IF THE CULTURE SHAMES THE INDIVIDUAL HUMAN

TO COMPLIANCE OUT OF FEAR OF BECOMING

OUTCAST FROM SUBSISTENCE AND

SURVIVAL OF LIFE IN THE

as yes.. this is innate instinct and intuition to survive.. alive..

with approval of the culture at hand no matter how

AS THE SOCIAL-NORM MAY BE..

when the Catholic Church attempts to rationalize

the exclusion of an all natural part of GOD’s Nature

from the community of sacred sacrament of marriage..

the hypocrisy is no less than the ‘children of the corn’

convinced to kill their parents over

relics of twisted images of Jesus..

yes.. only fictional and mythological but never the less

reflective of the sad eyes of homosexual children

in the pews of churches

in churches all over the country

who are made lesser than any animal that walks the earth..

but only humans with empathy and the Golden Rule of Love

can possibly understand this Truth..

the real Zombies of Earth speak from pulpits of Hate

and Disconcert of the outcastS they still relegate to lesser than GOD’s Earth..

but the strong of US In Love know AND FEEL better.. the ‘good children of the corn’.. come to expose the hypocrisies of cults AKA churches.. to bring Truth and Wisdom to the real flock of reality that GOD rules.. so i wait in the corn fields of change.. silently waiting.. as the silence of the lambs in church pews.. wait their turn to become human.. from the devil of pulpits incarnate in apathy of human being.. fully allowed to enter into acceptance of real loving eyes of Golden Rule GOD..

It is time NOW to spill the Pink Blood of ‘Carrie’.. and move away from the Red blood of Hate.. and sometimes breaking the rules means Real Love for other human beings.. away from Cults of Hate in religion and culture in general…

The Archetype of David and
Goliath is strong in my early
TV shows.. along with Heroes too..;) 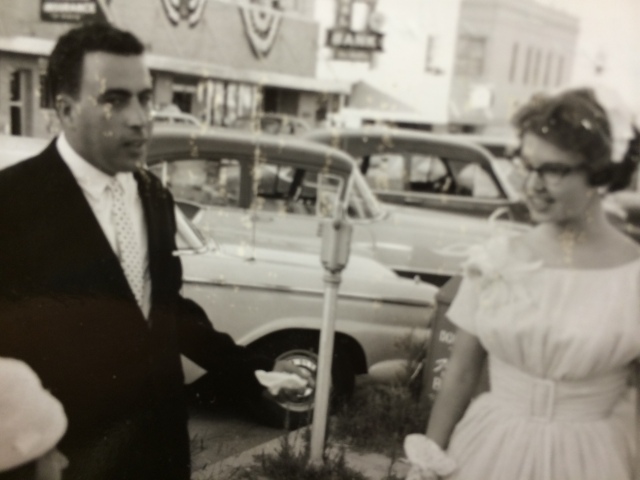 Father with my Mother..

Father with his second try.. my Stepmother…

Like a ‘Good Catholic Boy’..
i only marry once..

Credit my Mother’s
Instruction of Nurturing
Love ON THAT ONE FOR SURE..:)

Oh ..and in case anyone wonders why.. lately.. i keep including these

as some animals have

more FREEDOM than others..

i’m just the ONLY male in the entire world..

as a poet..  brave enough to do it 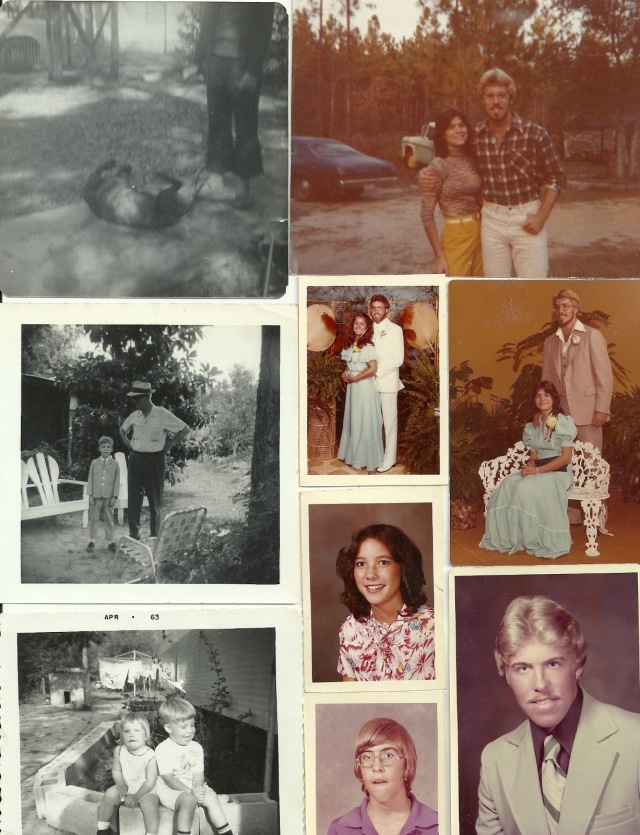 I like to write.
View all posts by katiemiafrederick →
This entry was posted in Uncategorized and tagged WrecKING Ball Rule of HATE. Bookmark the permalink.