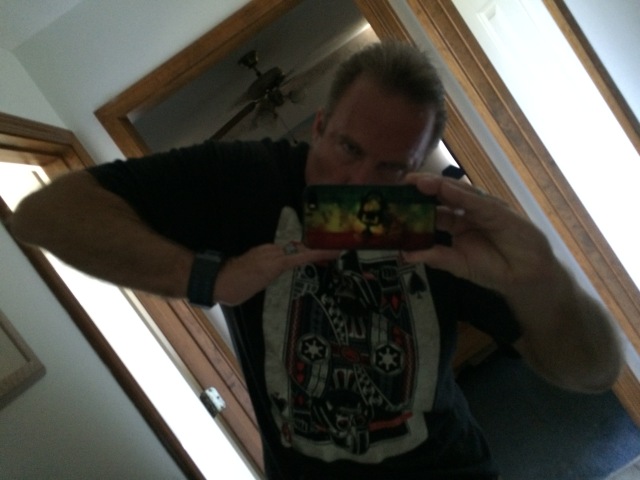 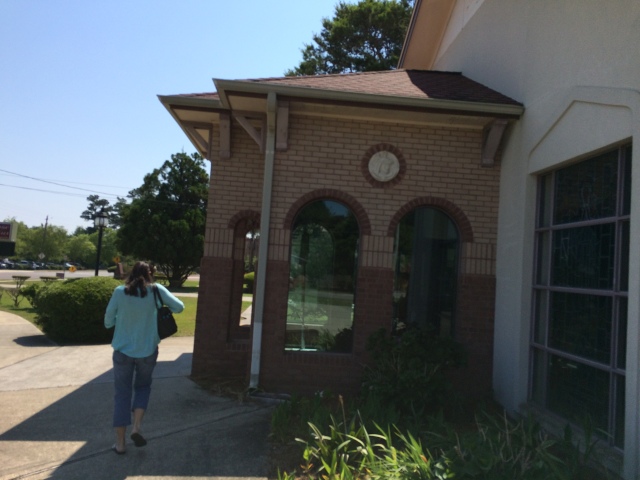 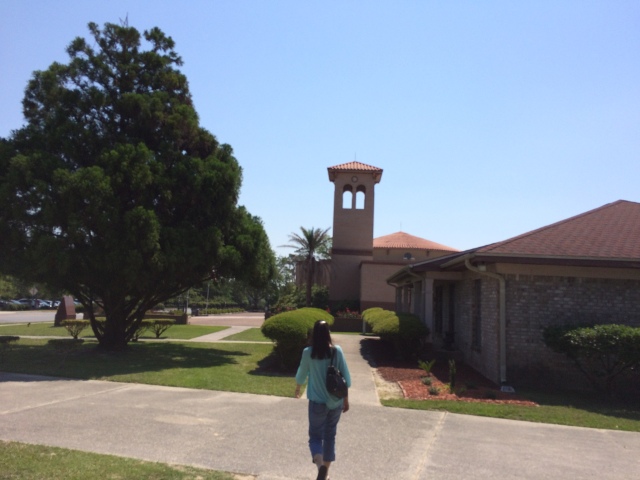 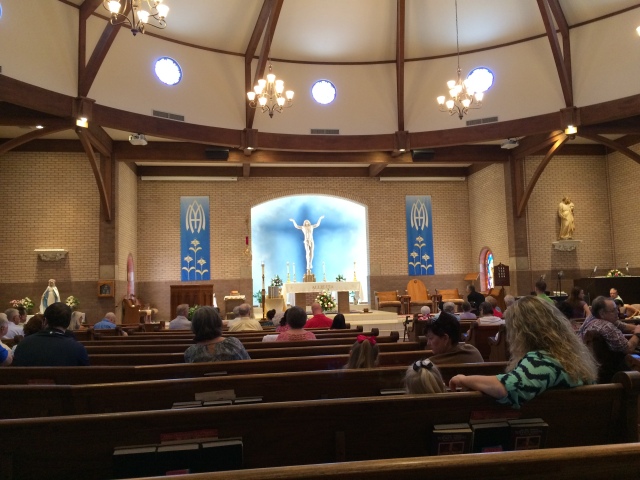 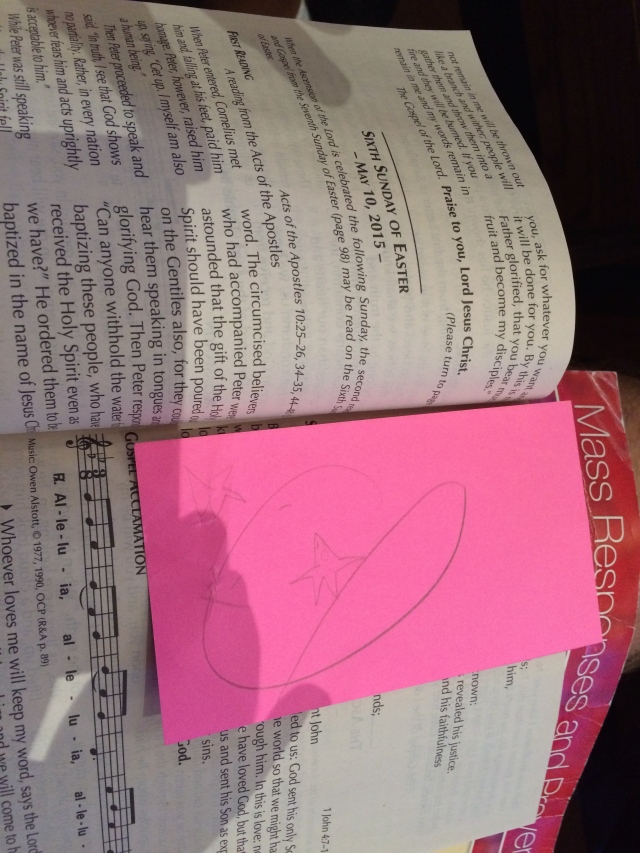 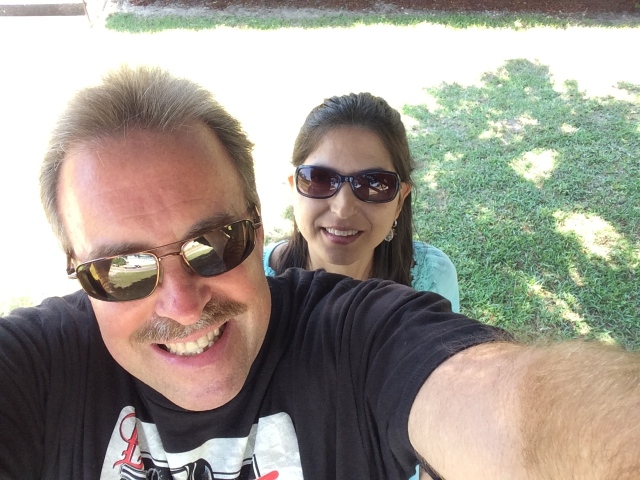 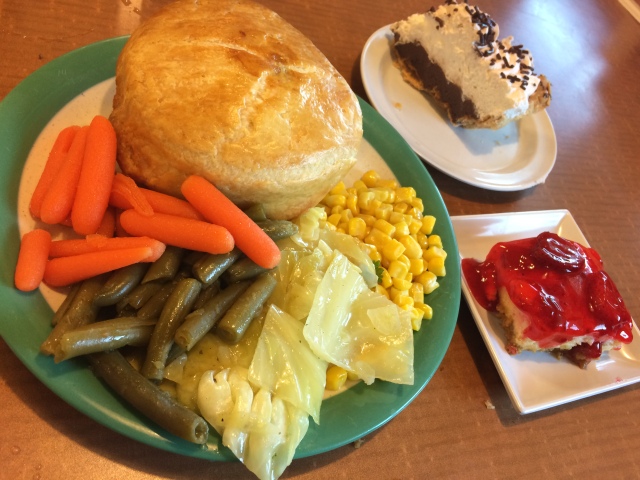 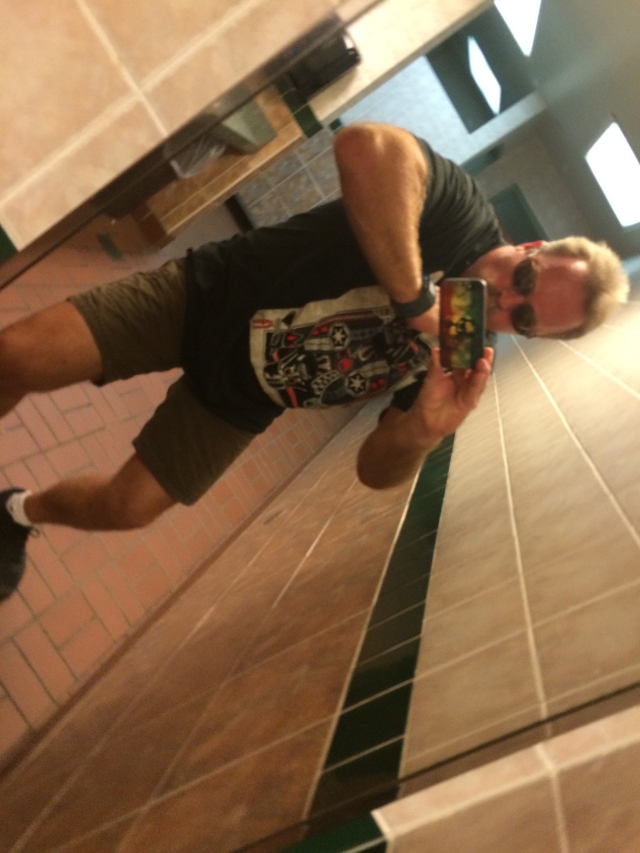 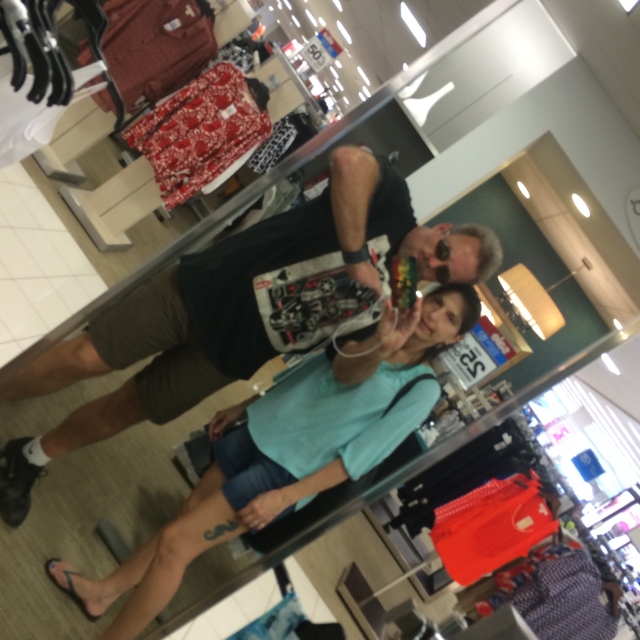 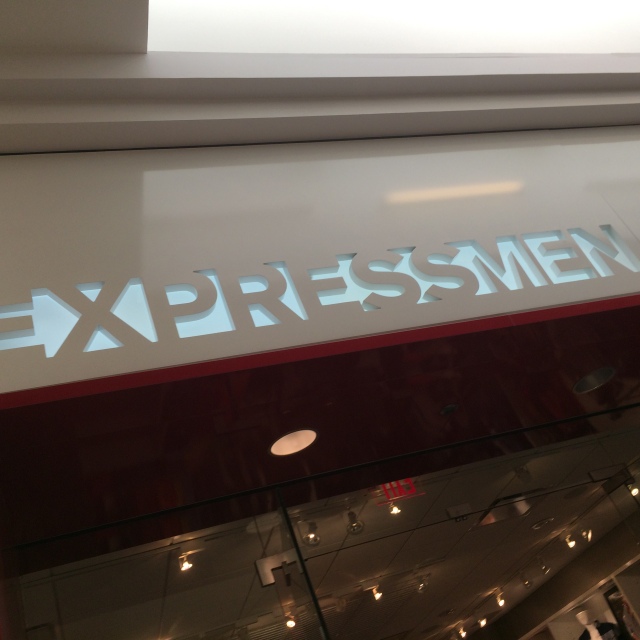 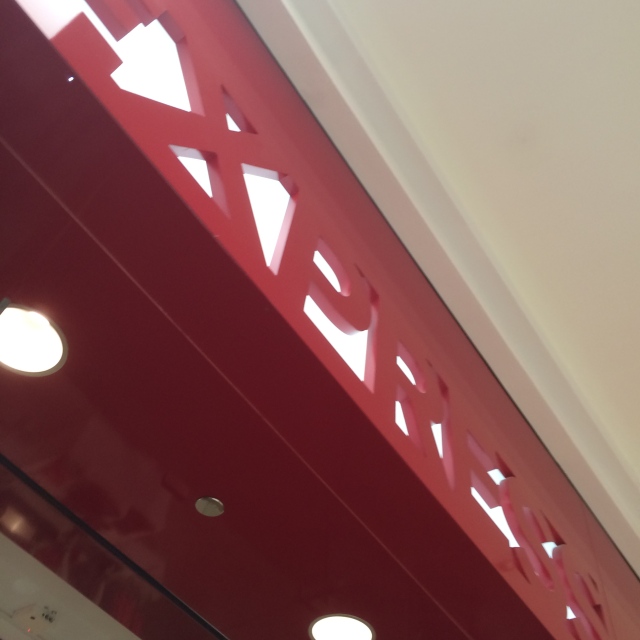 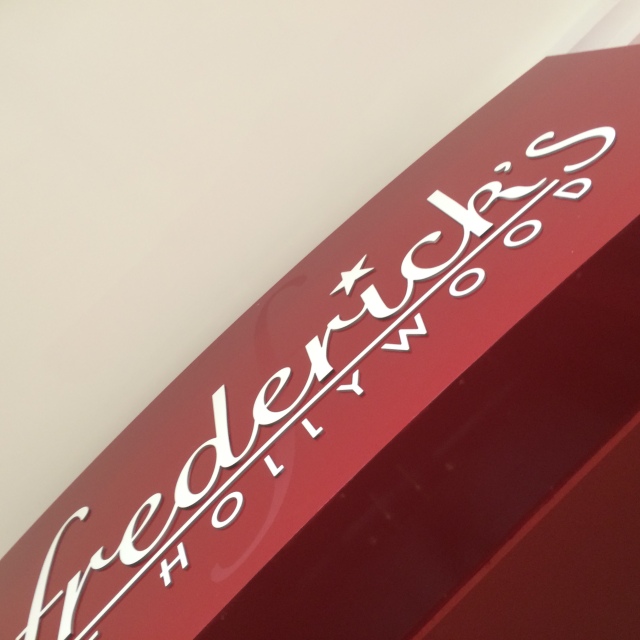 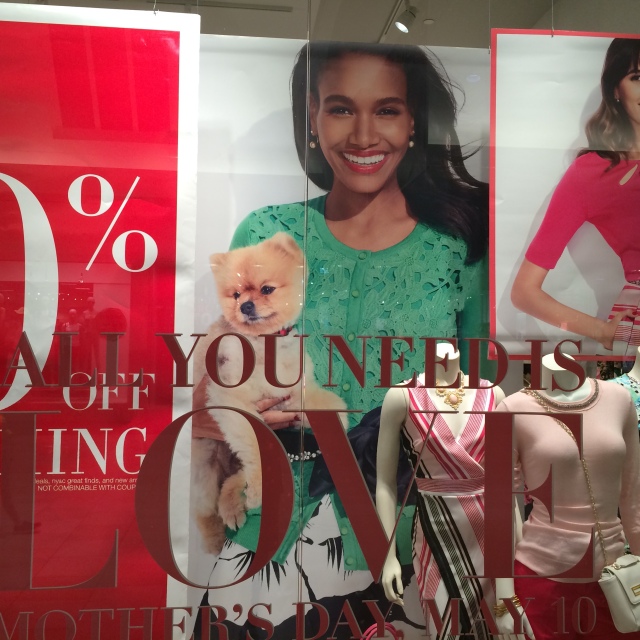 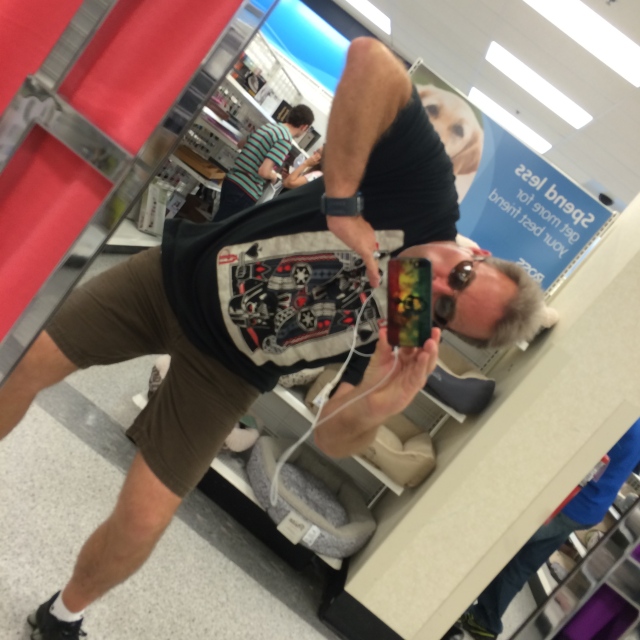 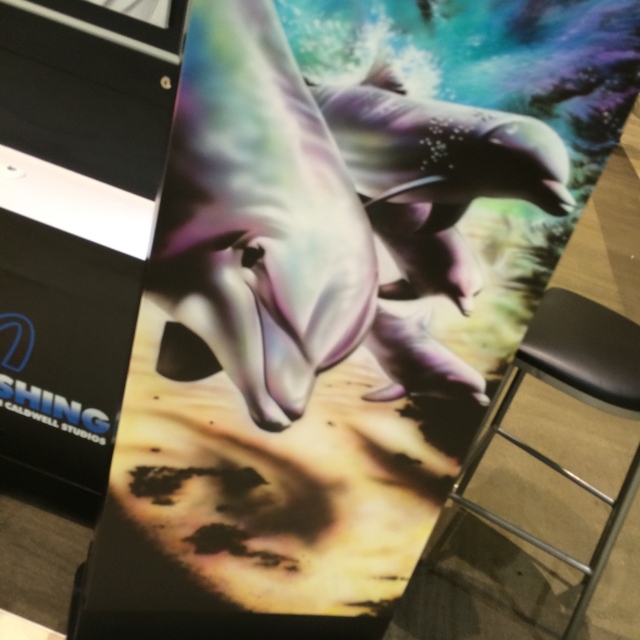 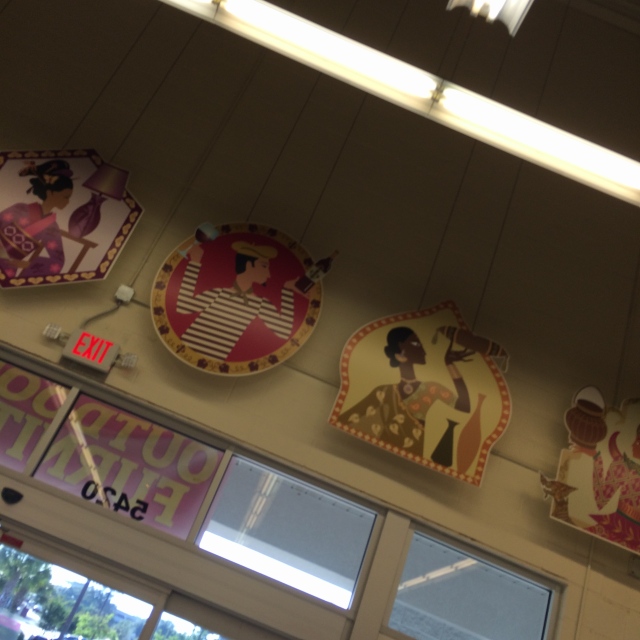 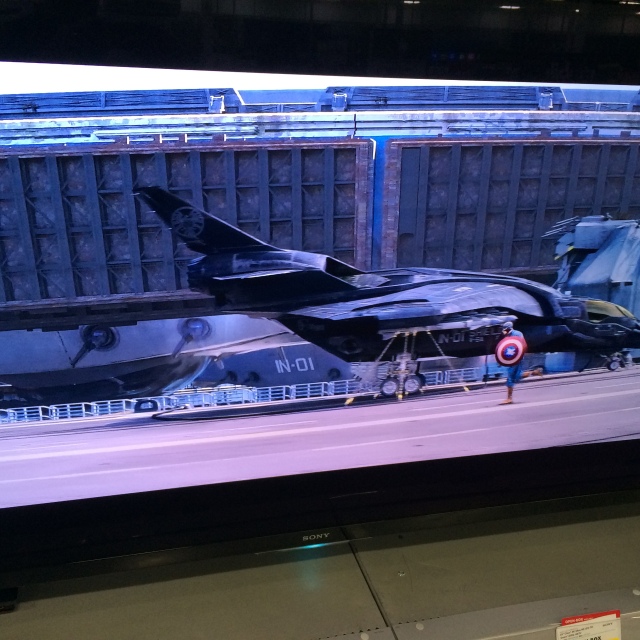 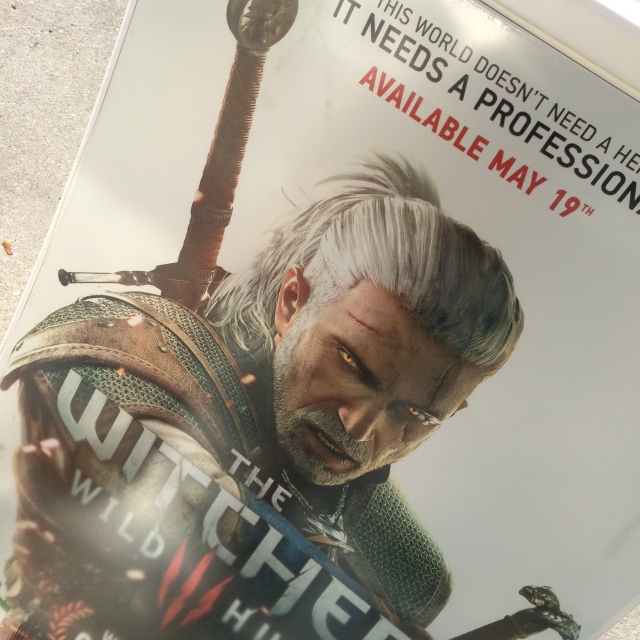 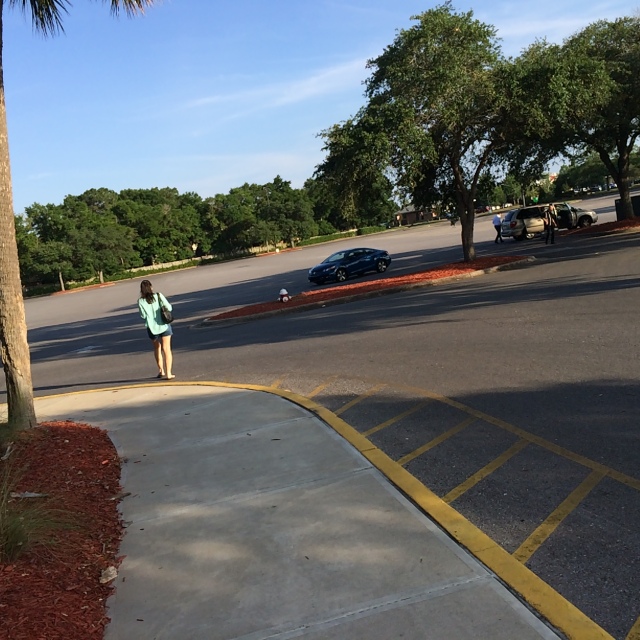 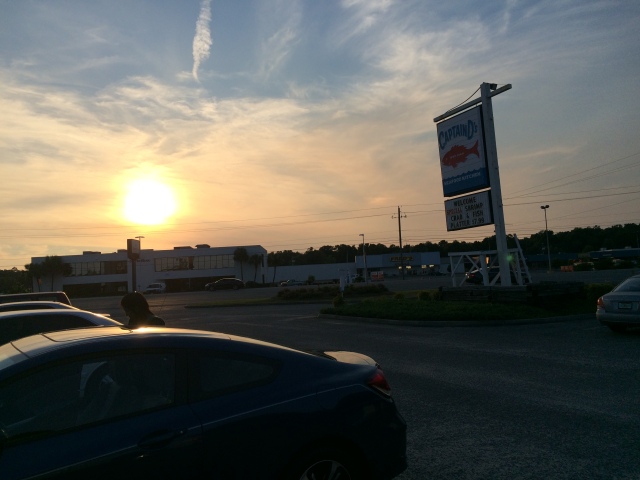 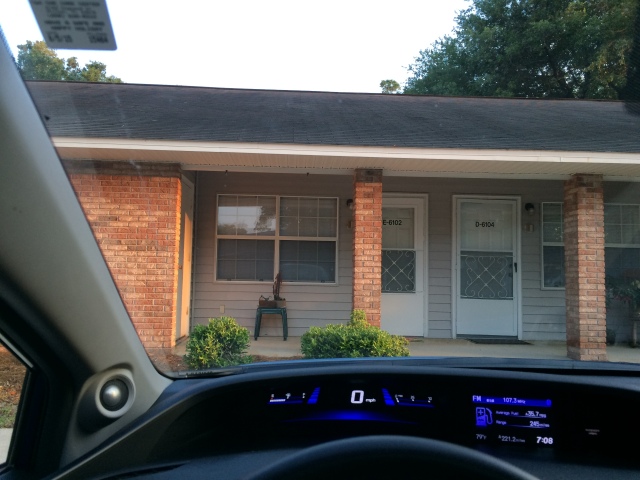 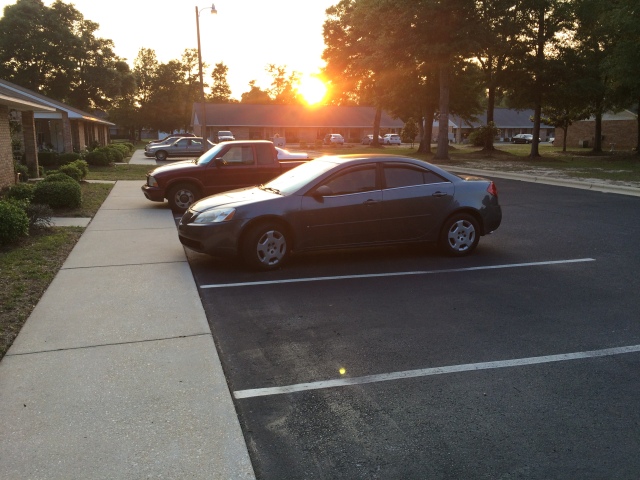 Reality for human beings is filtered through senses and emotions first.
So-called conscious reasoned thought happens after that.
And yes, modern science shows this to be evidenced as
TRUTH NOW, AS WELL; BUT THE GREATEST OF
PHILOSOPHERS AND PHILOSOPHIES SPEAK
TO THIS TRUTH FOR THOUSANDS OF YEARS
ALREADY NOW.

The human sensory and emotional

is also altered by human observation,
per the effect of the observer effect in Quantum Physics.

For people with little affective or cognitive empathy, per
potential mirror neurons that do ‘NOT DO THEIR job’, it
can be a common misconception that everyone experiences
reality the same way.

Nothing could be further from the truth.

The EXPERIENCE of reality is different, shaped by the
unique senses and emotions of each unique human being.

So yes, in effect and affect, all humans are special snowflakes.

And in effect and affect, per fractal nature, all humans are a part
of the whole that is the Universe, like most other parts of the Universe are,
per as above, so below.

particularly in arts of creativity and imagination in physical intelligence that DOES
REGULATE emotions and integrate senses, as well as increasing the cognitive executive
functioning of focus and short term working memory.

For instance, spinning around in a TAI-CHI like movement today, listening to inspirational
music, I finish a 200 page book in around 30 minutes, while the onlookers stumble by
out of balance in robotic moves in straight lines; with stressed looks of living in all the
problems of their past and imagined ones in the future.

To live in the present, totally focused in mind and body balance, allows a person to live in
a much different emotional regulated and sensory integrated state of being.

Truly, it is a much different Universe perceived that a person lives in, in affect and effect, who has
little to no relative free will; and allows the environment to control them rather than
being the master of the environment one lives in.

But of course, this is nothing new; Eastern Philosophies

speak to this much greater human potential
of life, in metaphors like CHI, and TAI CHI,

for thousands of years, beyond so called Jesus;
who in the gnostic version, is more or less a YOGI

leaning naturist dude himself, as linked
here often in the Gospel of

where in true impact,
some of the words

of the real Jesus

But it matters not; the same Universal

Truths hidden in the metaphors of the New Testament
and Gnostic Gospel of Thomas are told in the TAO by Lao TZU, Buddha, and by the mythological
Krishna as well.

It IS, all about mastering one’s mind and body in balance in the present of now to be the most
a human can be in human potential.

Other animals do this naturally; humans are simply taken away from their GOD of Nature given humanity;
and the GOD of Nature, in general, per mind and body balance and connection to other humans
and the rest of Nature, through illusions of modern culture, including abstract written language
and the collective intelligence that can support illusions of culture. INNATE INSTINCT AND INTUITION
THAT OTHERWISE WILL TAKE HUMANS AND DOES take other animals to a much greater and peaceful
state of mind and body balance can be lost, almost from birth, from human beings controlled by
the cultural environment instead of the

‘real environment’ that can

Seriously, it’s not surprising that anyone

on this Internet site, would consider life as a material reductionist
way of being; when they cannot affectively tell, with their Mirror Neurons; that life is a many splendid experience
of humans living in entirely different perceived Universes, depending on the Unique emotional and sensory experiences
of it.

I come across folks here who believe

the same way, in an objective
way; nothing could be farther from the truth;

for ‘normal’ humans who are born with this understanding of the
diversity of life; inherent as it most often is through both cognitive and affective empathy, and the accompanying neurology that works or does not work, like mirror neurons, to support a greater understanding of more than
just one person’s perception of the Universe, however it may exist, beyond human ‘eye’s that see first with
emotions and senses.

Humans are art in basic construct. Truly reason, moreover, is the illusion of most of human life.

Living a life, in abstract construct; can be a tool to use to reason and survive based on what works
in the past working in the future; however, moreover, it becomes a tool of literal living hell
of imagining what will go wrong; that the birds and the bees never have to deal
with, in illusions of human ongoing hell in past and future that never ever exists
in anything other than human worry and imagination.

And again, to be clear, human imagination and creativity is the pinnacle of animal
achievement; but only when mastered with relative human free will to make
life heaven instead of the other place many folks live in stumbling like
robots through the aisles of Super-Walmart, AS the real Zombie
Apocalypse of humans come DEAD
IN LIFE.

A NEW AGE OF HUMANS, IS A POTENTIAL LIFE IN LIFE,
INTEAD OF THE DEATH IN THE PAST AND FUTURE
THAT MOST HUMANS LIVE IN FORGOING
THE REAL GIFT OF THE PLEASURE OF THE
PRESENCE OF THE PRESENT OF PRESENT.

Yes, a New age that truly is an old
age before the Age of the illusion
of the Apple of knowledge.

So yeah, the bible is correct
in this warning about the
TREE OF KNOWLEDGE VS.

THE TREE OF LIFE.

I FOR ONE TASTE LIFE;

AND LEAVE THE ILLUSIONS OF THE
KNOWLEDGE OF APPLES TO OTHERS
TO STAGNATE WITH IN THE PAST
AND THE FUTURE OF NEVER EVER
LAND
IN HUMAN HELL.

Nah, me and the other animals are
not the real insane ones who walk
so-called ‘upright’ on the EARTH.

And that my friend, is what I mean
by being grounded to the EARTH
in feet of sand; instead of the
illusions of life, for folks who
live in a head, instead.

Ah, to live in the present
in total mind and body
balance is to live forever
more now; where only death
occurs once; but never now, as
now is never death. And this is
precisely what the Gnostic Jesus
speaks to for those who escape
death in the only reality that truly
exists as now; and all the other
truly great philosophers
of the Aeons past that
exist for only now
still now only now.

Well, see my friend, ‘you’ prove my point ‘here’; as many times,
I state specifically that I use caps, no different than bolding or italics
TO ACCENTUATE nuanced emotion in language, as a literary device.

My speed of typing is close to 130 words a minute, as a lifelong accomplished pianist,
when properly focused; and I commonly type 10K words a day, for whatever the F I feel
like writing; and to be clear F is for Fun..;)

The point is, I do NOT CARE to waste NOW,
dealing with slow buggy software here,
to do the sluggish boldy Italic bug..;)

And you prove my point,

as in your Universe,

you can only see

Capital letters,
in one way of

which is the same

with other rigid minds here.

NOTHIng bothers me baby;

’cause I have simply

relative free will.
The cultural environment does

NOT control me, for one, as human being.

And yes; for all practical intents and purposes, for those

who have NOT mastered relative free will;
‘I am’ their ‘master’, when I post here;

as they cannot control their discomfort over different ways of doing STUFF.

AND TRULY THAT IS SAD; caps or NOT. But, as I’ve often stated here, tHere is NO EMPIRICAL PROOF that GOD is FAIR; so that’s perhaps the breaks or bad; or Karma, or WHATEVER THE WTFun GOD MAKES IT AS IS, AS EVOLVED OR NOT; FOR NOW..(:):

Nerp, actuAlly the metaphor of the 3500 year Old TesTament

First tHere is dark then,

then thEre is the light

of the science Big Bang,

and perhaps theRe is light

BEfore dark as well in an

INfinite ocean of the Force

bible dust, and ‘clay’; all matter

And therE is yet no proof that dark is NOthing,

It’s not surprising that humans

form God in anthropomorphising way; but never the less,

God is creating Force and Master of All that is, as ‘sane’ and same.

We live in an incredible world; but truly in the U.S., the country of freedom potential,
we live in, is the most AMAZING world of culture ever created by humankind as we
know it now, to this point.

In knowing and FEELING that all humans perceive their Universes, in both senses AND feelings much
differentLY AND seek to express THAT in the human spirit of emotions and senses differently
AS freeING those different perceptions of the Universe that is Unique unto EACH OF them;

ONly a country that allows freedom of expression is a reflection of the Force
of GOD that is human SpiRit expresSion of senses and emotions set FREE!

So, when Rihanna chooses to brightly display her naturally erect and
excitable nipples that are part of her, in her loving the country
of freedom in all its dark and light glory of the past and
changing colors of the present of now, in humans who
are free to express them self in all selfie
ways that come to be for now;

And when the ‘Spencer Gifts’ store allow
humans to pursue the more unusual aspects
of freely expressed human sensuality and sexuality
by promoting and selling the tools of those 50 shades
of human sensuality and sexuality free, they too are allowing
the Freedom of the GOD force in US that expresses freely in these
shades of grey as well. Now to be clear while I do the freest of nude
art surpassing the erect nipples of Rihanna in her love of the U.S., so far,
and her well-built derrière from a lifelong Barbados starting art of Hip gyrating
dance, perhaps she will go a step further, in human freedom, the way I do and let it all
hang out free and wild as I do too; but here is the truth. Rihanna and I and all others, US,
who are not afraid to let it all go and flow, are just children of GOD set free; plain and simple,
erect, complex, soft, and hard, and when we celebrate our GOD given Nature freely like this we celebrate
the blessings, like King David, of GOD, dancing for servant girls in ‘underwear’ attire; and promising more
so-called ‘vile’ acts of celebrating the Lord ALL of the GOD of Nature free in US; ‘JUST’ as we do in a lineage
that in
GOD’s eyes of
Nature we simply
are as
FREE!

SO HELL YEAH, GOD BLESS AMERICA
AND THOSE RIHANNA HARD ERECT NIPPLES
SET FREE IN A BLAZE OF RED BLUE
AND WHITE
T-SHIRT
FOR
NOW!

AND AS ME AND HER AND GOD
JOIN HANDS IN FREEDOM,
THE INVITATION IS
OPEN TO YOU
AS WELL,
NO
MAT
TER
WHO
YOU
ARE
OR HOW YOU EXPRESS
YOURSELF, AS SIMPLY FREE
CHILD OF GOD AS IS, FOR NOW!

ONE NATION UNDER GOD ARE WE WHO
ARE FREE TO EXPRESS THE HUMAN NATURE
BLESSED AND GIFTED TO US BY THE GOD OF
NATURE, AS
FREE ARE
WE, AS US
AND U.S., OF
AMERICA NOW WE!

I like to write.
View all posts by katiemiafrederick →
This entry was posted in Uncategorized and tagged TRUE Dreams of NOW. Bookmark the permalink.

5 Responses to TRUE Dreams of NOW