Dancing Poetry of Whatever

Posted on May 6, 2015 by katiemiafrederick 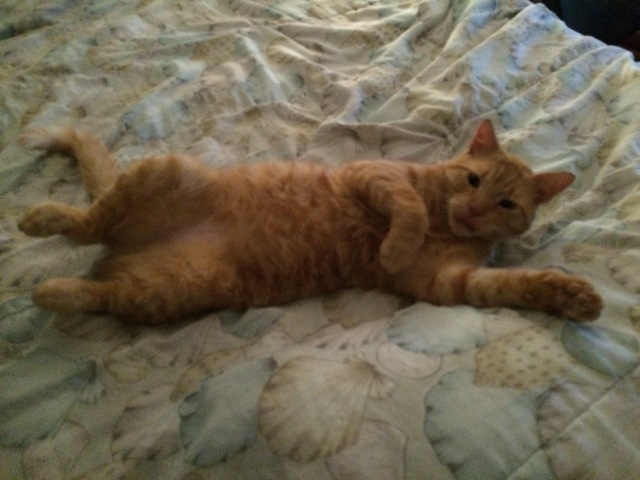 Death is a child that never sleeps.. death is a lock of hair that never feels.. life is the curl of a girl or boy beneath a hood.. that will live on.. as long as we honor that in words of song..:)

Ah.. the dog of love.. lives in the cold and barren leaves.. in death of trees.. that no longer exist in hues of grey.. that January brings.. to souls that grow cold.. in SAD ways of dim light days.. of hearts no longer red.. with pale pink that cannot breath in and OUT..

BUT THAT dog lives on in growling growing love..

that cannot be put away for ever..

a yes or no can bring.. a brief solitude..

Funny.. for me.. with steps of dance free flowing.. without words.. leads to flow of words later.. greater.. with or without words of thought.. as dance continues.. in free flowing fingers of flow.. and human connection as well.. of water let go.. and free..:)

Yes.. it’s funny how grown men and so called boys.. yes.. including me.. laugh at poetic expressions and dance.. until they find out what works with the fairer sex.. and the greatest surprise of all.. is when that love comes home.. and becomes tHeir own..:)

Ah.. love.. the best of flow.. in painting.. writing.. dancing.. all arts of life.. is the moment.. all emotions and senses living the moment full.. and to let the art go for another day.. is another present of now.. to enjoy more fully.. as well.. in new art for now..:)

Ah.. God.. i miss all those poets.. and truly the only poet.. and line of poem.. i ever pay attention to in decades of life.. as poetry is gibberish.. to me.. more or less.. then..

is a few short words about ‘leaves of gras’s..

that tell the story of life..

whole.. from brow to sand..

to truly loving life as flesh and blood..now..:)

Yeah.. Walt is literally the one and only poet i know..

i know nothing about poetry.. i think Socrates says something in reason..

i don’t know about poets in formal ways.. but i suppose here one shows that poetry works best for finding wholes of emotion of life.. seeing loves that are lost.. and seeking love in a heArt.. that can only fully be expressed.. in spirit of poetry flow.. from one.. heart.. in true..:)

i think the lesson in green eggs and ham.. is a most valuable one from Doctor
Suess.. as in a NUTshell.. it tells us.. we do not have to be literally real..
as imagination.. can color the egg of life.. however we like..:)

So take that reality.. i own that egg for now..

Non-fiction is a desert of life..
Fiction is a way of life..
Prose is a step between..
And Poetry says it all
in words of less..:)

Truly.. the whole bible is a book of mixed free verse poetry.. in no certain order
of rhyme.. never meant to be taken literally.. but like formal poetry not
all can see it.. or the freest verses of the bible either..
often locked in walls of literal.. for those
with eyes that only see little of far..:)

We live in a world mostly of mechanical cognition not conducive to the art of heArt..
so sometimes i think.. it is more likely to gain art.. when the escape from the robot brain
of work as is.. allows us to come home to heart again.. for me at least.. and my mother..
the middle-age poet flowered away from work.. as well..:)

The advice of Jesus to turn it all off and look within..
works as well today.. as it did for then..:)

Ah yes.. the Rorschach test of Poe’s clouds in skies..
delivers the demon of the soul to conquer for heart..
and poetry is the music of what lies beneath..
all the wings of angels and fiery devils above..:)

To describe nature as a lover is human’s highest prize..
and to be in love with nature like a lover is to
never be alone..:)

i’ll be the devil’s advocate
and say.. that’s sad as
moss is delightful in gray..:)

The frog of life
only jumps never
knowing pond..:)

Truly fascinating.. to consider neurosis vs impulse of action..
as neurosis never stops thinking.. and impulse never stops doing..
i think i’ll just do it.. like Nike says.. impulsively with
balance
and leave the thinking
to neurosis.. while i feel
the balance of impulsive
bliss..:)

Ah.. a love of life.. as we become directors..
producers.. and actors of our own play with GOD..
that no one can play but
us..
And the greaTEST thing of
all.. is it requires no
constructed
stage.. by
others at
all..
Yes.. just..
innate instinct
and intuition..
born again..
from
within..:)

Freedom is my cat..
he knows no different..
Freedom is me as cat..
losing thoughts and
being free
like
CAT
moving
feeling
sensing
loving
life
always NOW

Well.. time flies in the midst of several hundred thousand words..
and that’s what i’ve been up to.. since the 6th of last month..

You haven’t been here for two months now..
but at least i know you are alive and probably well..

Yeah.. i don’t miss either the small
or big pictures of life anymore…
and sometimes that can be hard..
as well.. it can hurt to know
too much.. as well as little or less..

You write so lovely.. and i still pray for you
and hope you write again.. as you make a difference here
to many folks.. who follow along with your heart.. in words..:)

But alas.. I write a little bit when i am young.. and never come back to it..
until decades later.. and who knows by the time you come back later.. perhaps after kids are grown..

and affairs are in order or not.. you will come again then..
after i for one.. am long gone dead..
with a billion words or so..

And then if you have time..
you can get to know me again..
as who knows who i will be.. before this
life of mind is gone.. or after.. perhaps..
in words online..:)

But anyway.. at least for me.. friends are forever..

the greaTEST lesson of life

is to keep giving love

Well.. hi there again.. and I am certainly not expecting a response so soon..

but you know me.. always full of words.. and retired with time to spare..:)

I love the story about your grandfather.. and before reading it i just
finish writing a little bit about my grandfather too..

He too.. is all caught up in his work… and keeps
up with it.. until his dying day with cancer around
my age now…

Yeah.. i’m in poet mode.. and am still moving
through ellipses and words shapes
for now.. hundreds of words
here and there..

without much planning of mechanical cognition to go along..
And I love the song you provide.. and i can certainly relate to
it in years gone past.. i like to reminisce where i’ve been.. to
more appreciate now.. and I dance a ballet flow
in Super-Walmart through the obstacle course
of clothes racks in and out of the main aisle
flow.. in the heavy traffic of Mother’s day
cards of purchase.. with some swinging
cuts of martial arts arms too.. listening
to flow of your music with that.. too…

The world is a place of heaven and hell..
and perhaps the worst place of all
is purgatory too.. as not going
up or down.. can be
a scary place to be…

The heaven for me is now..
but I will never forget hell
or the purgatory of another
ground hog day per
aghogday
ever
for now.. to
keep me in
heaven for
never ever
going back..
to either
of those places
again in life..:)

with all the cool college

and more of the daily 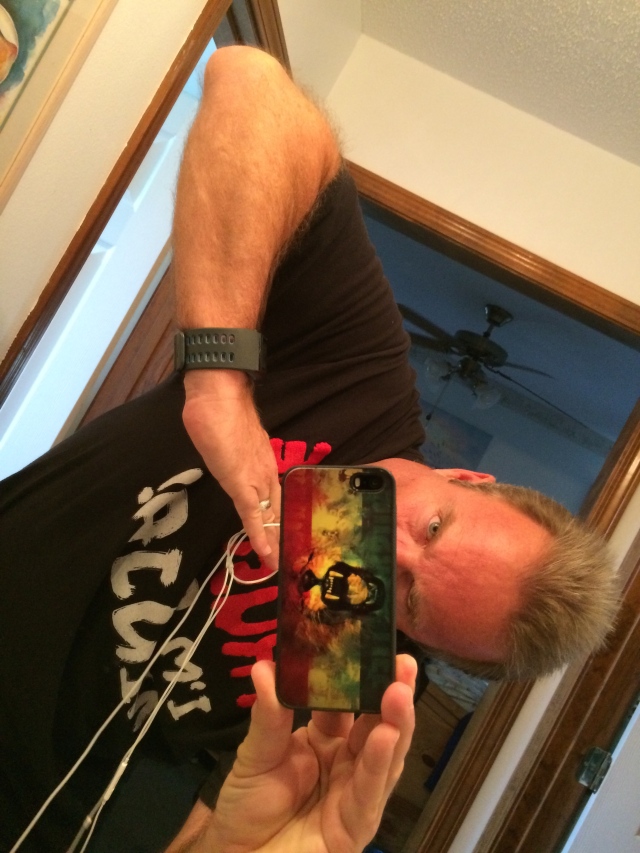 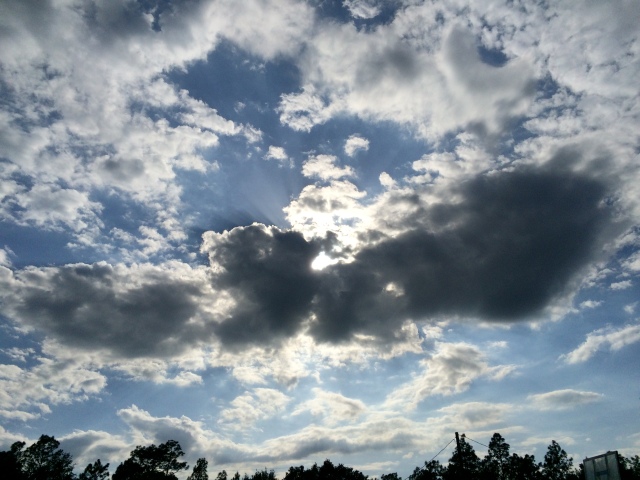 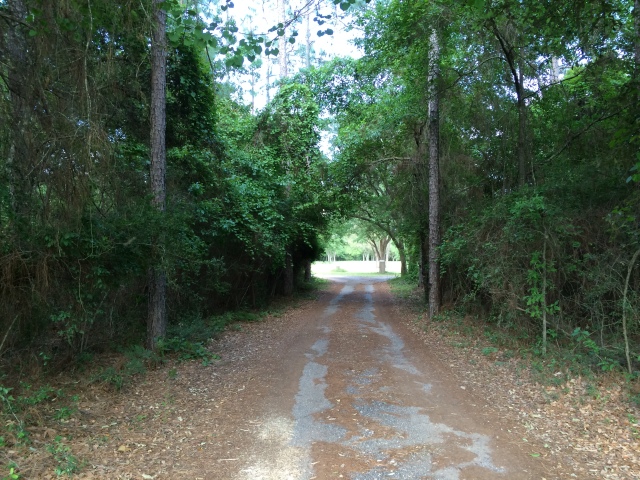 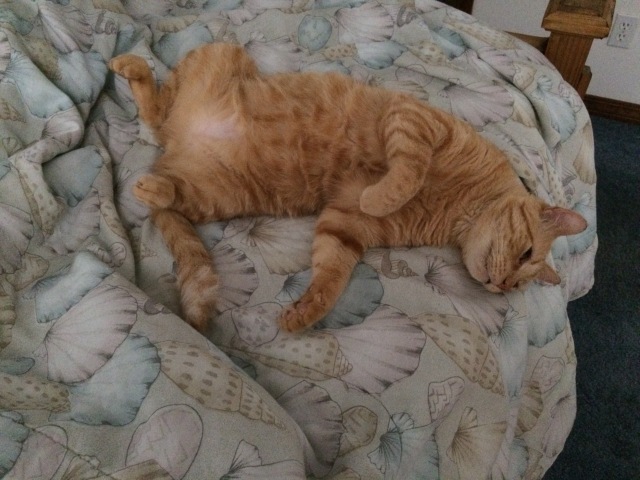 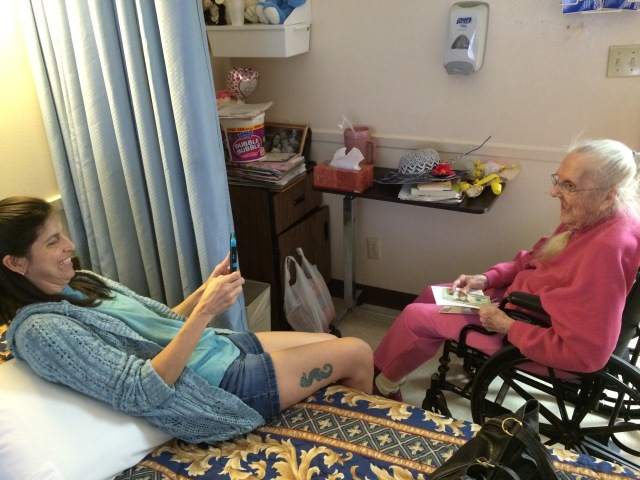 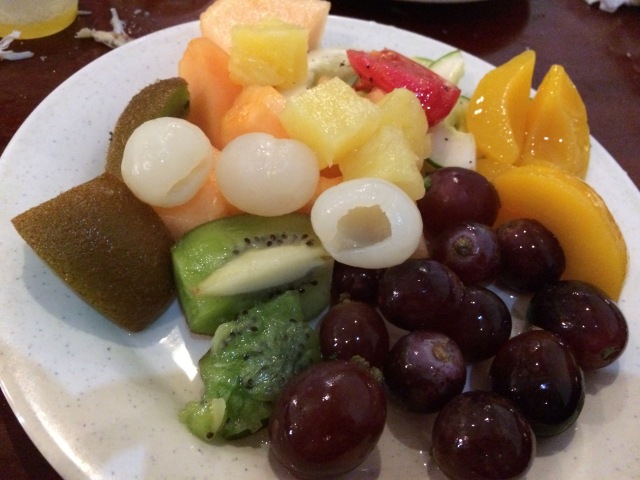 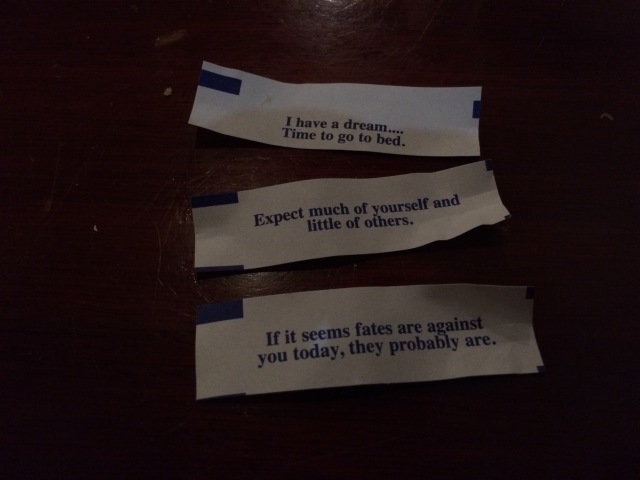 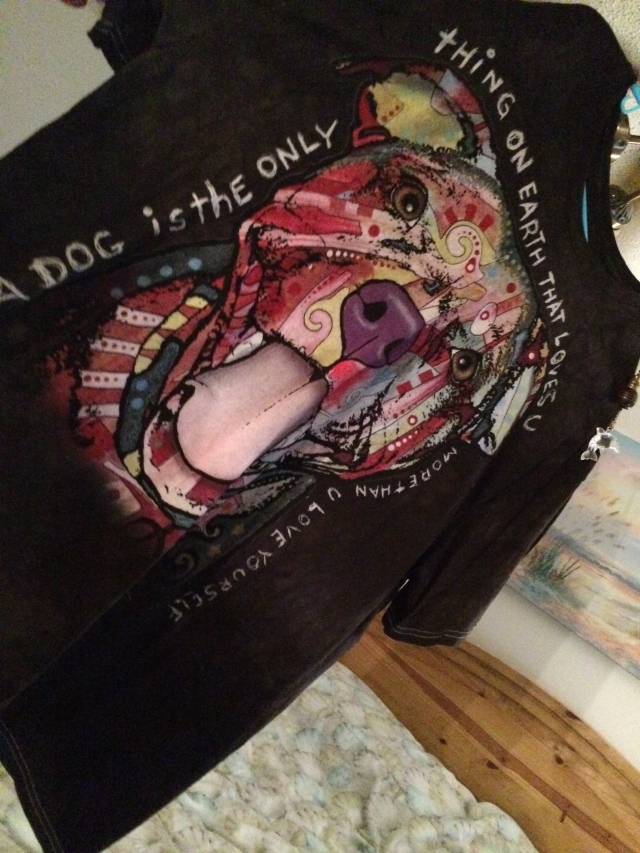 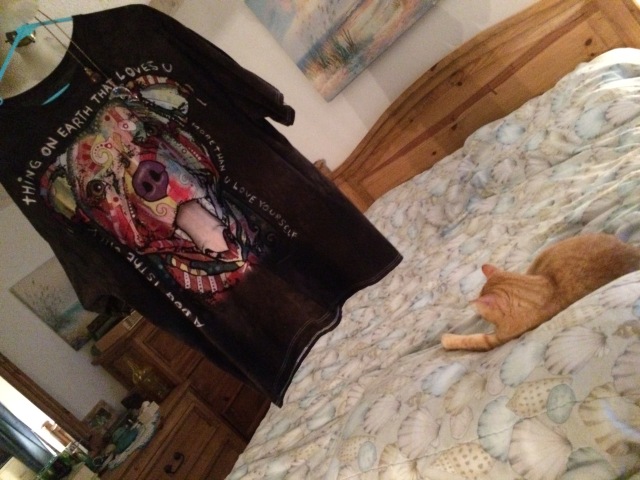 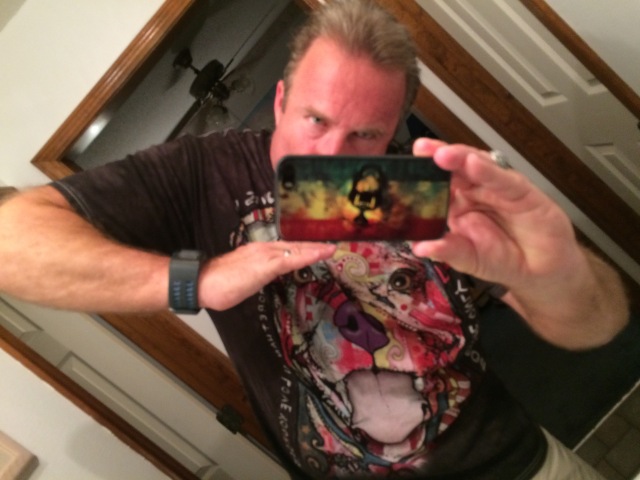 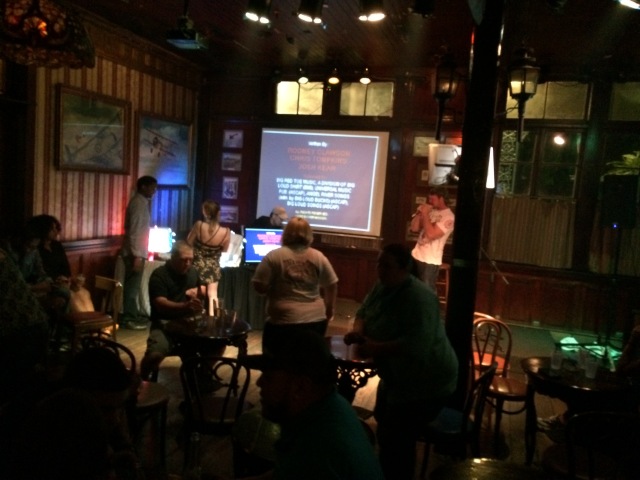 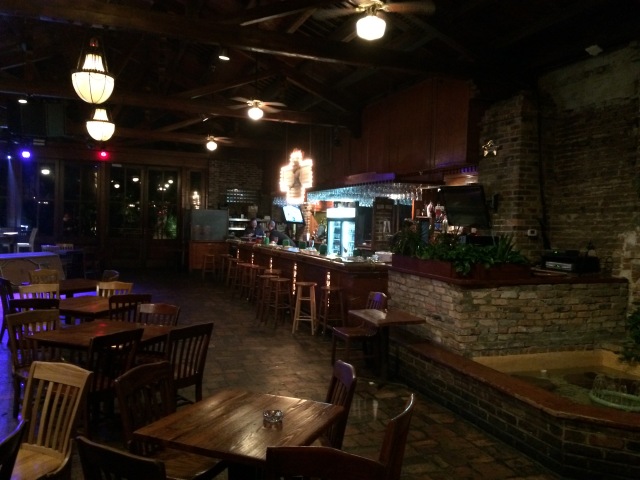 I like to write.
View all posts by katiemiafrederick →
This entry was posted in Uncategorized and tagged Dancing Poetry of Whatever. Bookmark the permalink.

32 Responses to Dancing Poetry of Whatever