TRUTH and LIGHT before the APPLE

Posted on May 4, 2015 by katiemiafrederick 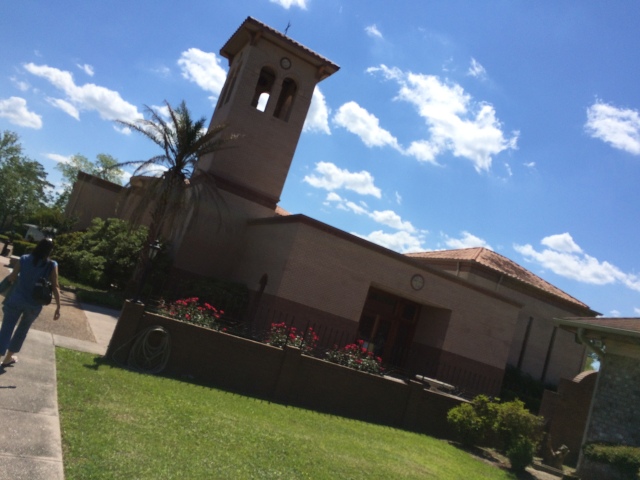 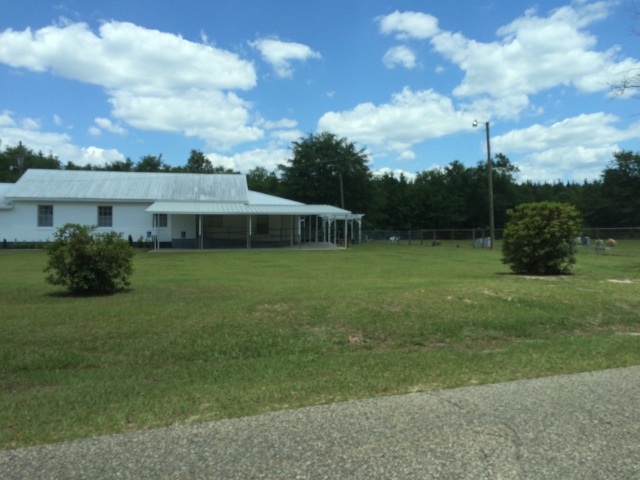 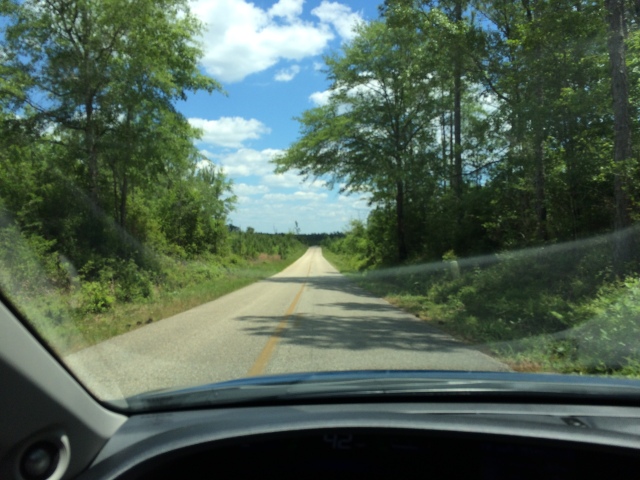 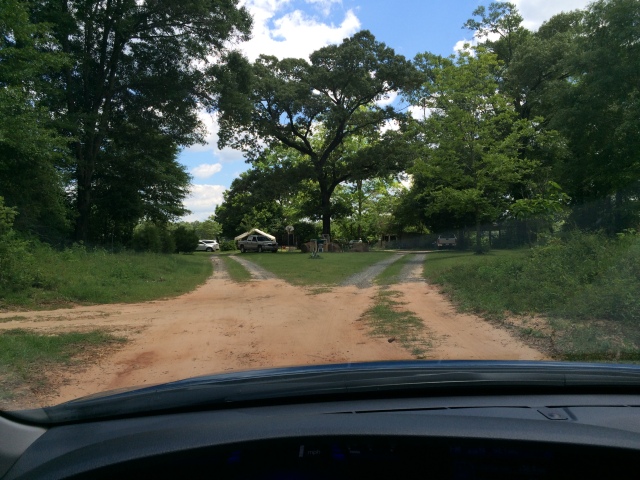 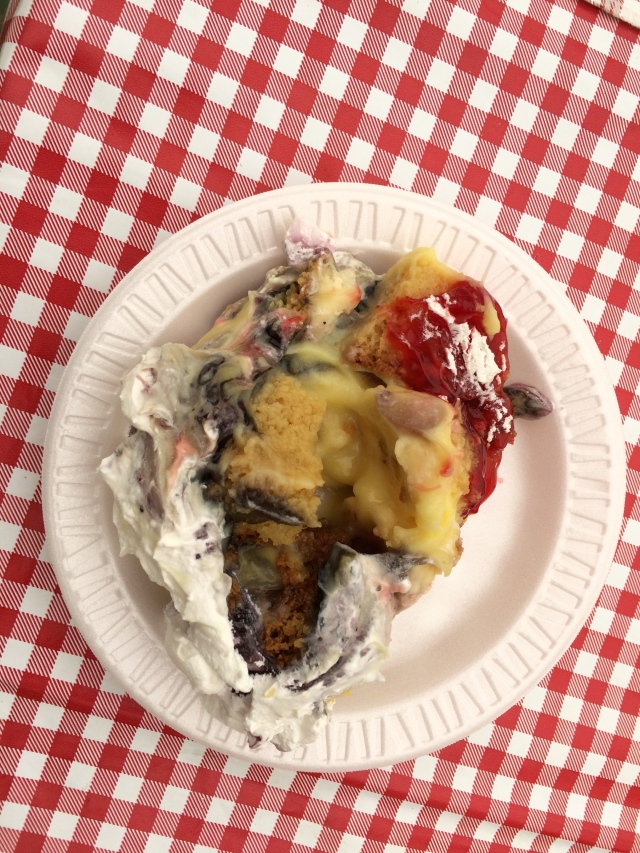 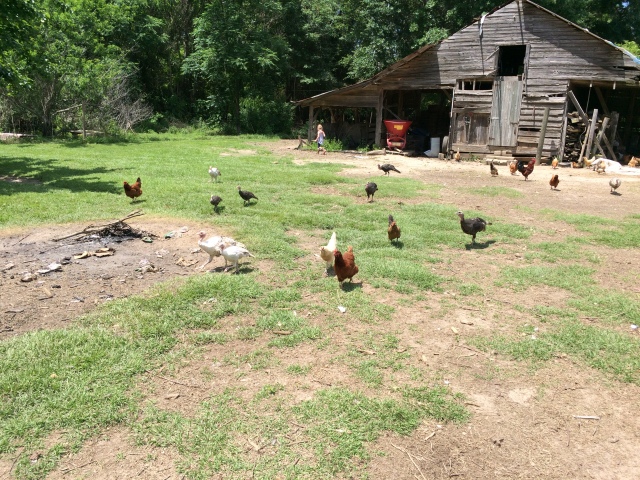 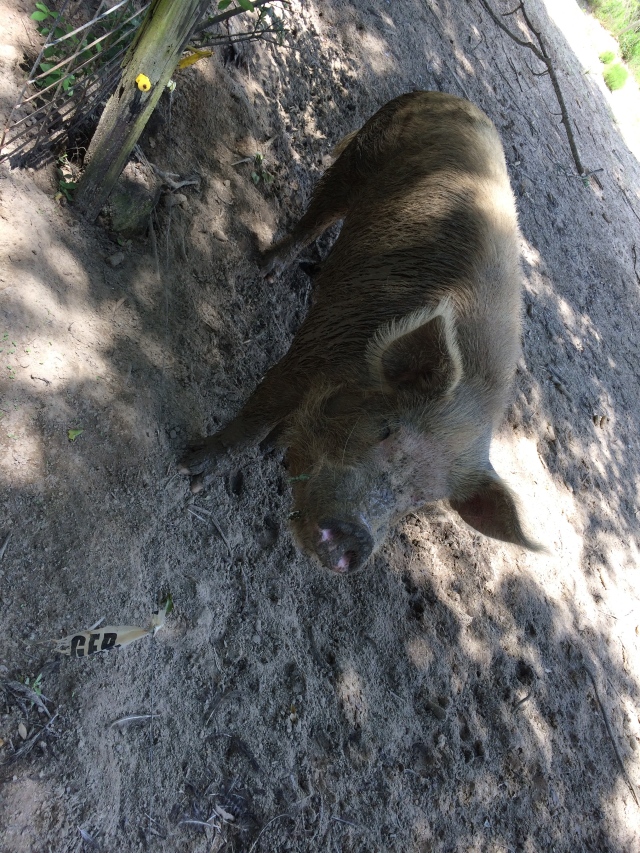 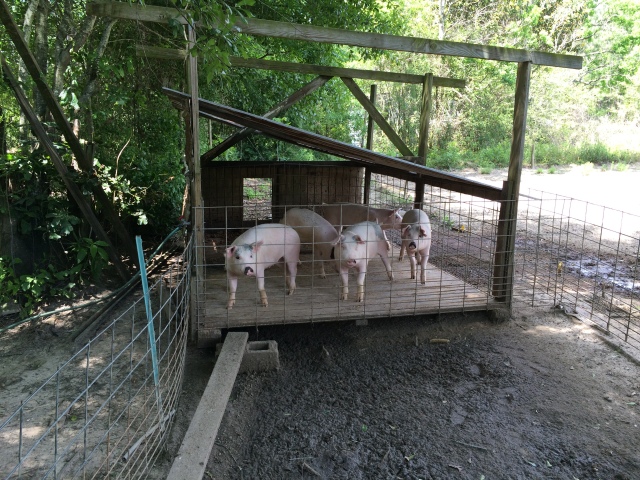 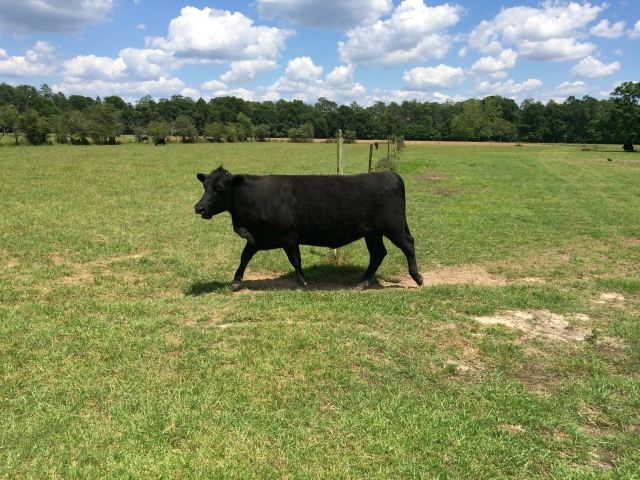 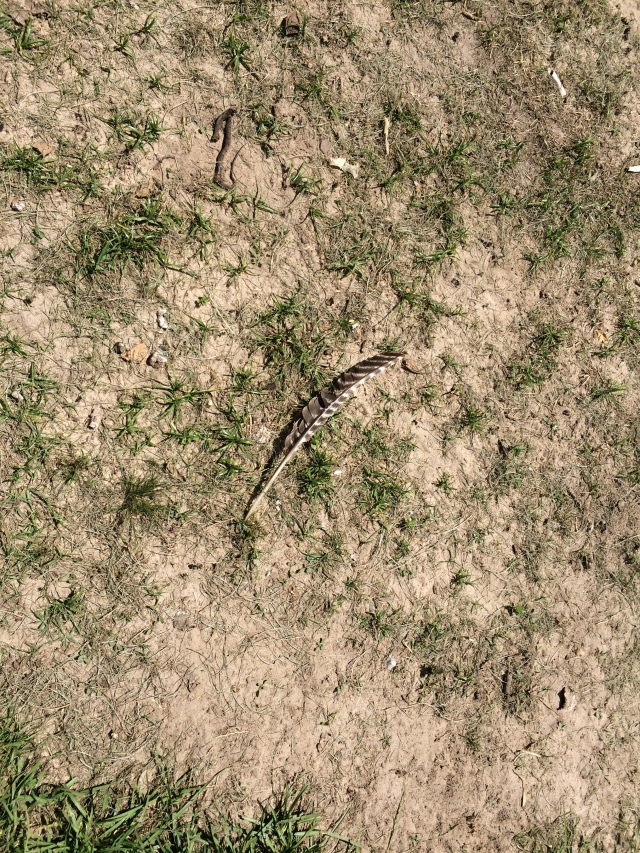 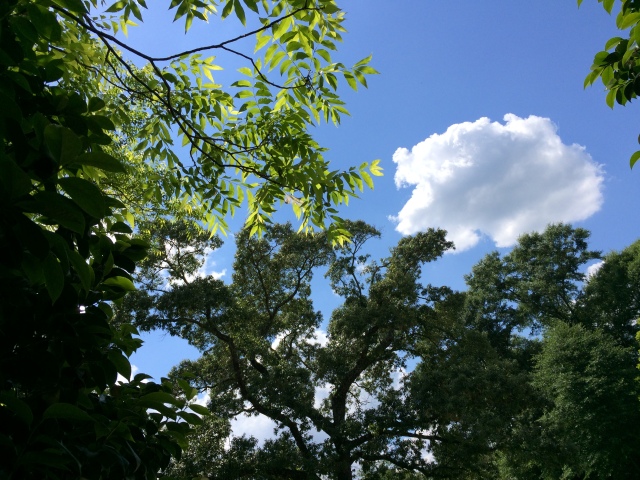 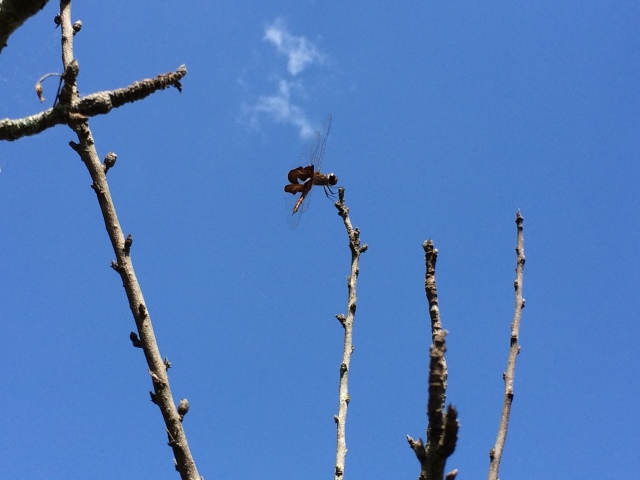 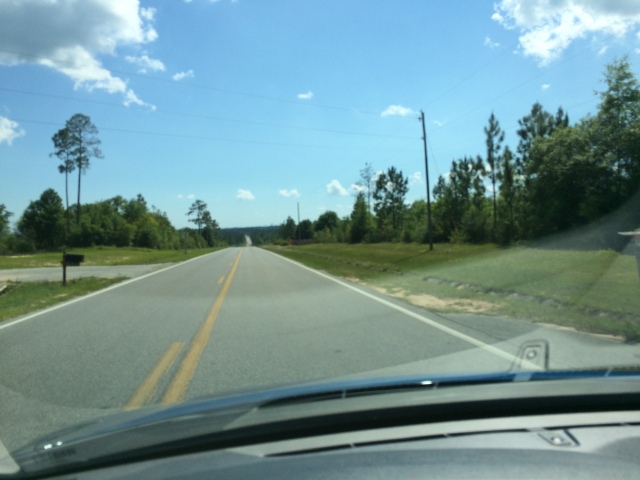 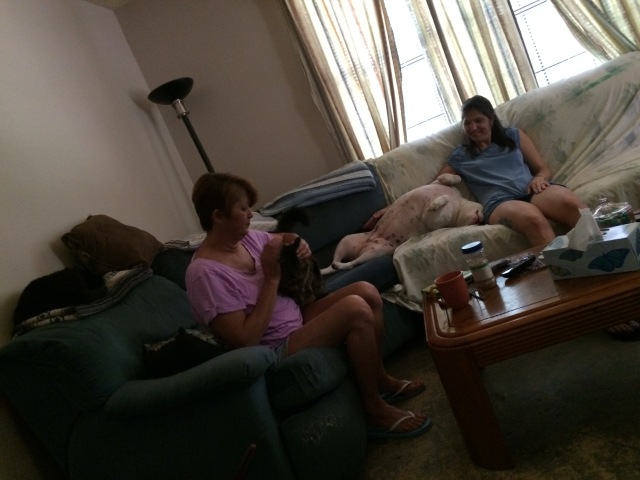 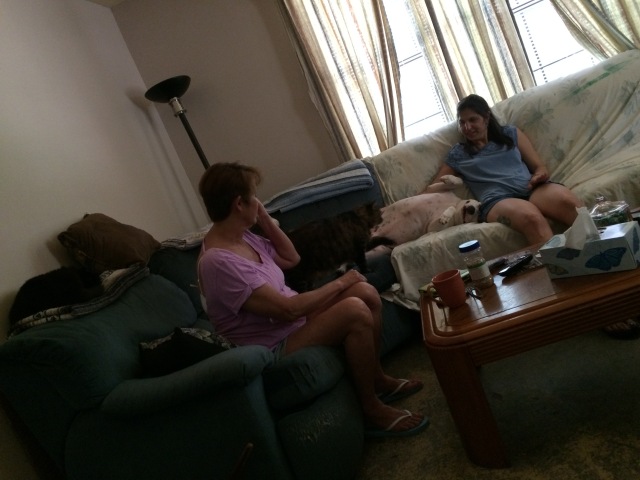 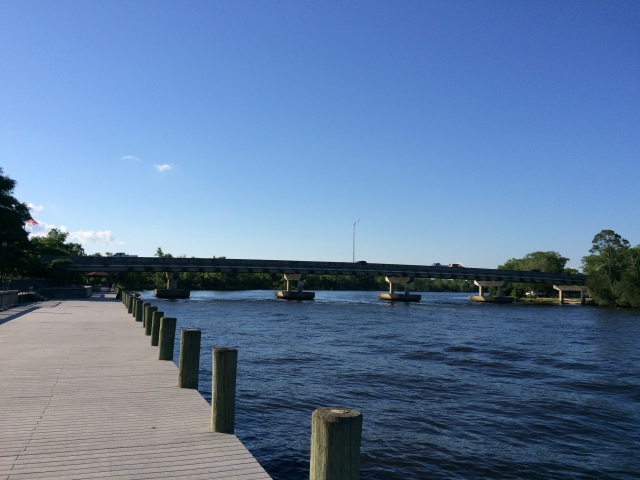 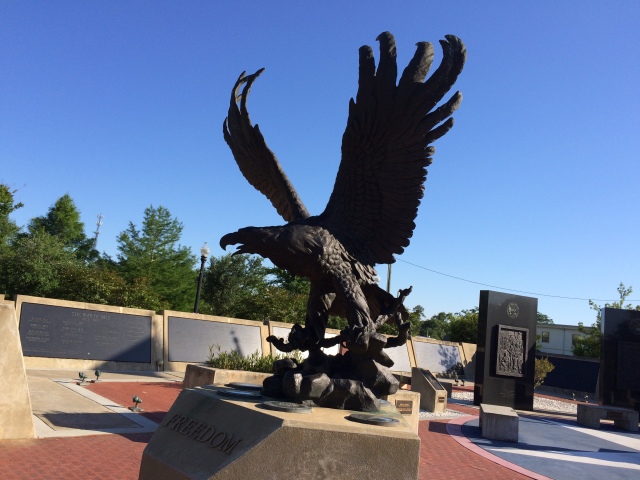 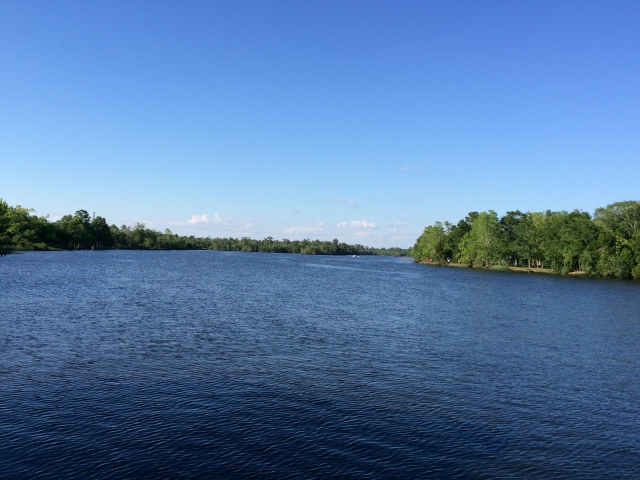 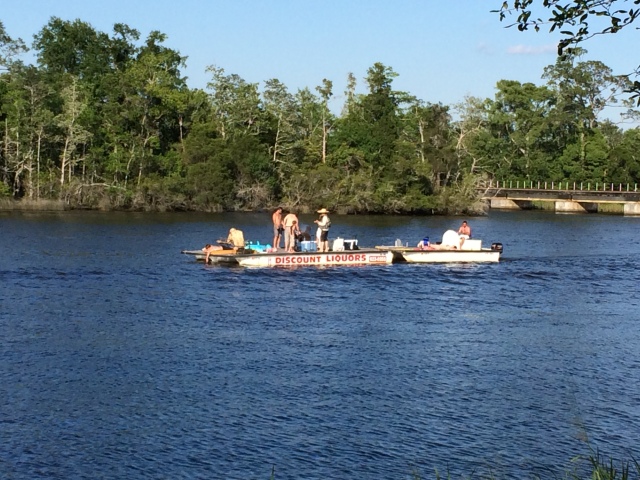 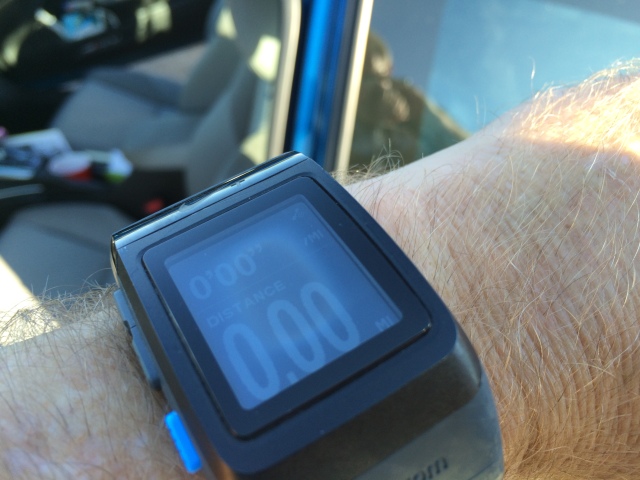 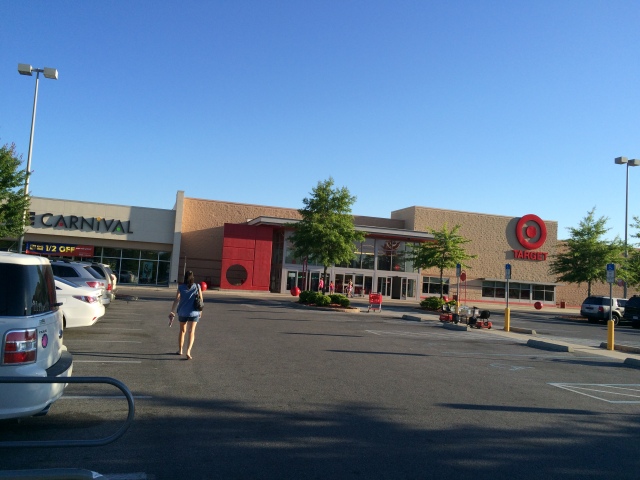 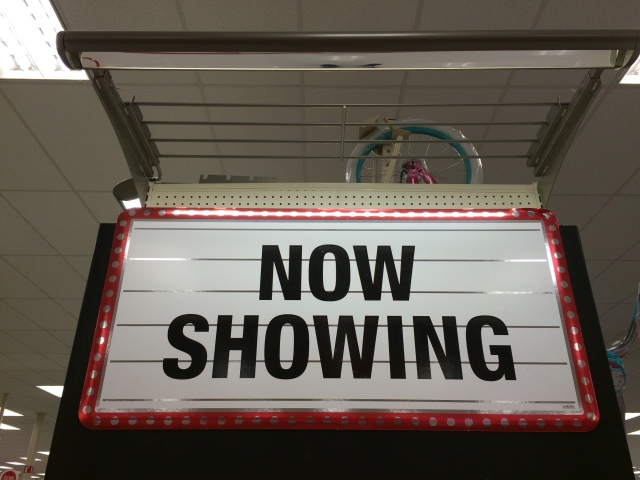 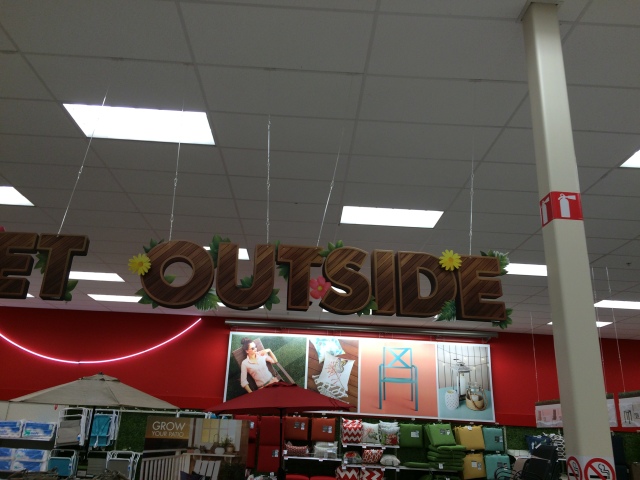 To do that always requires to veer off topic in philosophy;

otherwise new learning is not possible.

IN A TOTALLY DIFFERENT

THAT is most definitely evidence of common ancestry;

and common ancestry, in common sense terms, is evolution;
when THAT is associated with totally different CLASSES OF ANIMALS.

Case closed there; as the evidence is clear AND PRESENT, NOW.

HOWEVER; that does NOT, in terms of the eyes of science that is available around
3500 years ago, to use as reference, negate the clues in the Old T biblical text
that Humans are made FROM clay. There are no ‘eyes’ big enough to see the dust
of outer-space THEN BUT never the less even Carl Sagan comes to the conclusion that
we are made of STAR STUFF.

THAT’S BIG PICTURE STUFF. The same big picture stuff of looking all around
nature ON EARTH AND SKY AND OCEAN to see all the similar patterns
to know we are all one together as part of this whole big thingy NAMED
as life, animate and inanimate;
and both dirt AND flesh and blood is
required for human life.

That truly doesn’t take eyes of science to know in big picture thinking.

To say we come from clay in big picture thinking is the same to say
we come from star stuff with telescopes to aid those human eyes
of then.

Never the less, above so below , inside outside, and
all around applies to philosophy, religion, science,
and even politics, believe that or not.

But it requires far more than detail
small picture thinking
to see THAT big picture.

as ‘personality type’ too,

when
what underlies their biology
is both fish

birds; in other words seeing leaves and no trees.

Truly that is advanced human intelligence;

wHere the details are more or less, just
parts of

To wonder is to live and carry on in joy.

To get stuck in details, is well, from what Einstein
terms as insanity; JUST THAT.

AND from a common sense perspective I can show the lonely boys here
how to meet girls, IF they only learn how to move in grace; as that intelligence
is truly required in non-verbal ways to attract graceful women.

Athletes learn to move gracefully by the requirements of basketball and football
and such as that; and with THAT comes greater non-verbal intelligence, where
humans respond to THAT at rates of 60 to 90 percent, over verbal language.

To walk in a straight line and never raise one’s arms up is to become
just another definition of Einstein, and have a really hard time
connecting to the opposite sex; or perhaps the same sex
too; although I am not versed in THAT; I will think that
it does apply though; with BIG PICTURE
THINKING.

ANA, HAS BIG picture thinking; and
yes there is great trial and error
associated with that and failure;
but the successes associated
with big picture thinking
are beyond belief for
detail thinkers
as
HISTORY

IN JUST ONE LIFETIME,

THROUGH
the kind of positive epigenetics that are the difference
between reproductive success OR NOT;

PARTICULARLY
in the world we live in today; where the challenges are
GREATER AND THE WILLINGNESS

TO CHANGE TO MEET
THOSE CHALLENGES

over the longest term

of existence; that is NOW.

And truly that is both the greatest

the
hardest of most

FOLKS to realize that

NOW IS ALL THAT EXISTS.

WHEN one lives life in THAT way

AWAY from the illusions
of past and present; including Standard IQ ways of
thinking;

THAT IS THE FIRST STEP TO TRULY LIVING
FOR NOW in

BLOOD ways of life;
rather than just in

To actually feel that connection of

Oneness with all that is

GOD
over and above

that moves far beyond words alone;

ALL THE TIME FOR NOW AS ONE CAN
SEE MUCH FURTHER, THAN SCIENCE ALONE
IN systemizing ways of thinking in written
words, math, and science, alone;

Same as in biblical times;
SAME AS NOW; AS BOTH
ARE
NOW.

THAT IS NOW AND
never ever lonely
when FULLY FEELING
THAT beyond
words as written,

There is classical evolution that occurs very slowly, and ‘epigenetics’; where and when, greater potential of DNA is unpacked and expanded in potential, in just one lifetime,

OR never unlocked and narrowed, in potential, depending on the challenges of the environment, and how one responds in either negative or positive adaptation.

And yes, human culture in all the colors it comes

in from written language to collective intelligence,

to all the material byproducts of culture,

are examples of either negative or positive

epigenetic measurable effects that exist as is,

per human evolved existence, for now.

The problem in this type of evolution, per epigenetics, in one generation of living, is knowing if the change produced for adaption, is truly positive or negative.

While a person may escape their general anxiety watching TV;

on the other hand, they may lose non-verbal intelligence

in real flesh and blood communication,

by rarely actually going through the flesh and blood

PHYSICAL motions to enhance this type of intelligence,

and of course, the same applies to all ‘screen addictions’.

Regulation of emotions and integration of senses does not happen, unless a person increases their physical intelligence, as a physical body moving through distance and space,

AS THAT IS where emotions and senses

exist in the human condition;

yes, in the physical body.

TV takes one out of mindful awareness to a world directed by someone else and actors other than self in a play of life that is virtual reality input, instead of the output of

And of course, the other examples are myriad,

in either negative or positive effect and impact,

to free flow of processed sugary and fatty food,

TO THE destruction of the only home we have

that is the environment of the earth, as whole.

Yes, all things culture are a byproduct

of the classical evolution

that through slow process

leads to what we see

some 12 thousand years or so ago.

to no significant difference, other than measurable bone density losses,

among so-called civilized ‘smarter human beings today’ as compared to their ancestors 12 thousands years ago, and the people who still live a life of movement and challenge in physical intelligence,

to equal that most important type of intelligence that humans are naturally evolved for. But as in all things nature;

BETTER to be able to move freely with multi-directional legs, than have to use a cart with wheels at Super Walmart; but one often sees grossly overweight 30-year old or so adults,

already relying on the cultural wheel that has replaced the common sense of a lifetime; in healthy movement and a ‘foraging diet’ that does not often include ‘all one can eat buffets’.

Humans, are naturally classically evolved for intermittent gratification. Instant gratification is most definitely an overall negative epigenetic byproduct of adaptation to change in just one lifetime; thanks or no thanks to abstract written language, collective intelligence, and back to the byproducts of that instant gratification, in real time, now.

Truly there is nothing new but a mix of what already is, as Nature, NOW.

The problem is, is it positive or negative in epigenetic effect and impact.

can be tainted with metaphorical hemlock to the death of
negative epigenetic impact,

over the course of a much shorter potential lifetime.

It’s give or take; sanitation as the greatest

home entertainment as an

early nail
in a coffin,

to the adaption of being lazy,

instead of even living life as it

IS CLASSICALLY
EVOLVED TO BE,

OF A REST DAY GRANTED

OVER THE NECESSITY FOR SURVIVAL,

To understand how one is evolved by looking to nature and human nature, is the possibility have having a much greater life, in all ways that comes in for now.

To not listen to the innate instinct and intuition that lives within one, before negative epigenetic influences in byproducts of human culture, drive one to an early death;

is the potential of just that;

a shorter life with lower quality of life, overall.

is also a potential shorter life,

in ever being all one can be in much greater physical intelligence.

So it truly becomes a matter of be careful what one wishes for.

Sometimes the greatest dreams of now;

BECOMES the nightmares of tomorrow; when fully realized,
WHAT THOSE DREAMS TRULY ARE IN TERMS OF NEGATIVE
OR POSITIVE, OVERALL, HUMAN EPIGENETIC EFFECT, AND
IMPACT, IN JUST ONE LIFETIME,
NOW;

THAT TRULY IS WHAT
COUNTS ON A CASE-BY-CASE
BASIS; for those who still EVEN
HAVE THE ABILITY TO UNDERSTAND
THAT with A REFERENCE POINT OF
higher potential human intelligence;
particularly, imaginative and creative
PHYSICAL INTELLIGENCE, IN STEP
ONE OF EVEN LIVING ‘LIVE’, AT
THE BOTTOM OF THE hierarchy of
MASLOW’S PYRAMID OF HUMAN
BASIC INNATE NEEDS, MET OR NOT.

And back to religious terms per new testament
text; THE VINE that is described in the NEW T,
per original Mesopotamia text, before translated
to Greek, means THE TREE OF LIFE; as opposed to
‘The Tree of Knowledge’ in OLD T TEXT; The Tree OF
LIFE IS what humans are classically evolved
for; whereas the Tree of
KNOWLEDGE are the
epigenetic changes
for adaptation
in one lifetime;
particularly
all the

Yes, HUMAN BEING
culture can be a huge
and ever expanding
virus of human
epigenetic effect
and impact

FOR all we know; there
may be another so-called
intelligent group of ET beings
who at this point in time are about
to do something we have no clue about
that will end or start the whole Universe
again like PRESTO; NOW, FOR THOSE
who think they know it all; IN potential,
they truly know little to nothing at all;

frigging are,
as evolved
animals
NOW.

YES; TRULY ‘WE’ NEED TO
RE-EVOLVE THE HUMAN
BEING FIRST, WITH THE ‘TREE
OF LIFE’, AS NATURALLY CLASSICaLLY
EVOLVED; closer to innate instinctual
and intuitive ALLONE eyes of GOD OF
NATURE;
instead of
eyes of culture,
ALONE, IN A FAUX
‘TREE OF KNOWLEDGE’.

So in other words, ‘BEFORE THE
APPLE’, IS THE TRUTH AND
LIGHT OF
HUMAN
BEING.

I like to write.
View all posts by katiemiafrederick →
This entry was posted in Uncategorized and tagged TRUTH and LIGHT before the APPLE. Bookmark the permalink.