GOD enLiGhtens the boy with a Star in hIs sKeYe

Posted on January 30, 2014 by katiemiafrederick

(note: aghogday is my user name)

I absolutely believe in God and Jesus Christ. I didn’t become a Christian until college, though. I was raised Christian Scientist, but never really “clicked” with it (actually, I questioned it until I was asked not to come back by a couple of churches) and in middle school became an agnostic. When I reached college, I started with extensive Bible study and eventually had a spiritual experience that gave me the evidence that I needed in order to believe.

I am considered a “liberal” or “progressive” Christian, as I believe in marriage equality, I do not believe that homosexuality is a sin (and even if it was, it wouldn’t be my business to cast judgement upon homosexuals), I believe that the universe is 13.8 billion years old, I believe in evolution, I don’t proselytize, etc.

I also understand why people do not believe. If I had not had the personal experience that I did at that point in college, then I most likely would still not either. As it stands, I did and so I have unshakeable faith in God’s existence.

Precisely the same for me..except i will go one step further..that while i found a path to GOD through the teachings of Jesus..i respect all other paths equAlly as potential ways to gain that 100% faith that you speak of…

God speaks to me through incredible synchronistic events..that have no current rational explanation..per sequence of statistical possibility..of the psychological meaningful..events.. that i have even actually recorded now as proof in the last 6 months..some with my iPhone5…camera….

There was a period of my life of over 5 years..where through the worst pain disorder known to mankind..type two atypical trigiminal neuralgia..i lost almost all my emotions…and all hope and faith..and there was absolutely no synchronistic events i was aware of then..but i’m sure they were still happening…now as i look back..with my full mind working with emotions..including hope and faith….

But what i think..is too much emphasis on mechanical cognition..with almost a complete escape from social cognition..numbs the mind’s ability to discern synchronistic events..that many people in life .. experience .. as their personal proof of GOD…

And there is scientific research that suggests that when one path of cognition..is used in the human brain..per the environment of mechanical cognition..as opposed to social/empathic cognition.. the other path is repressed….

So throughout history people have been sharing their synchronistic events..with others..in hopes to spark some type of faith .. hope or belief .. for those folks..but it is so hard to do for the person that does not experience..’this proof of GOD’ .. up close and personal…

Well ..some of my ‘synchronistic proof’ is recorded with my iPhone 5 here in the last 6 months..as i am receiving more incredible proof of the existence of GOD ..far more proof.. than ever in my life before..and more than i could imagine i COULD receive…

and it will be titled:

GOD enLiGhtens the boy with a Star in hIs sKeYe….

Having 100% proof that GOD exists..is an incredible feeling of confidence..in this life..
that brings no fear of death for me..although..my experience of heaven is in the NOW..
and i need no more promise of that to be 100% happy in life..i look no further than NOW..
for thIS..COMPLETE BLISS.

And i believe GOD is fully natural..even with synchronicity..as humans simply only have
one small part of understanding ..through science.. of how the whole dam thing
works…

I too..am 100% sure of that..
Just for the incredible documented experiences i have in the last 6 months..
That defies all explanation..by the current state of science…

i cannot impose my will on anyone..

and hope..
it sparks something in someone…

And yes..i do know this can be a life saver..
And no.. i am not alone in that thinking here..
Although.. it might be an unpopular one to state…
For the overall herd of thinking…here….

Where i live..there is relatively little doubt that GOD exists..
Churches are everywhere..
And atheism..although yes..it most definitely exists here..
WHERE I LIVE..
Is rarely ever spoken of…anywhere..where people meet..
and talk…they are the odd folks out by far there..
whereas folks like you and me are the odd folks out..
relatively speaking here in this online environment..

And no.. i too.. do not blame them for feeling that way at all…
i too..am still disillusioned by the total effect of many structured
religious efforts..that oppress folks..whether it is homosexuals..
or folks from other religions… 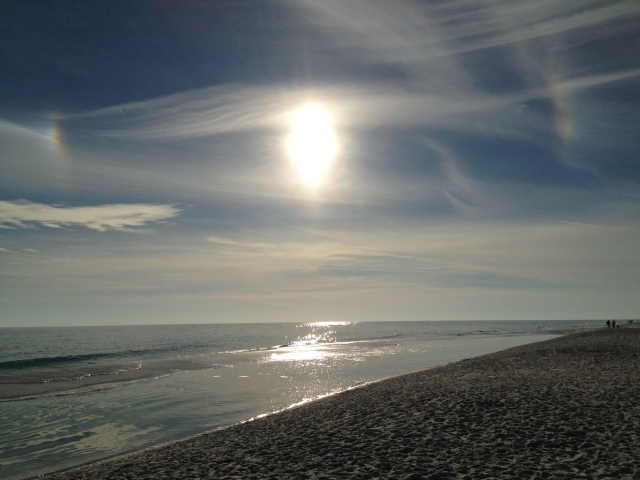 Well.. first of all more than anything..

what motivates me to

that whether or not GOD EXISTS..

HIS FAITH IS THE ONLY THING..

STOPPING HIM FROM PUTTING

A BULLET IN HIS HEAD BEFORE

or experience of GOD on this site..where

the disillusionment over religion..IS WARRANTED..

AS SO MANY SO CALLED .. INDIVIDUALS IN RELIGIONS..

WHO REPRESENT THEMSELVES AS CHRISTIANS..

FULLY OPRESS HOMOSEXUALS AND OTHER PEOPLE..

THAT MOVES PAST THE SPECIFIC FAITH IN THE HISTORICAL..

SO MANY FOLKS ON THAT SITE..

MANY OF THEM WHO ARE EITHER

hate all religion..and most unfortunately

even the idea of GOD

So it’s an uphill battle attempting to spark

faith or hope for someone for the idea of GOD..

when religions so clearly bring a message of hate..

to many of those folks..who are the way they are..

simply ’cause that is the way that GOD makes them..

No HELL NO..I DO NOT BLAME THEM..FOR FEELING

And even becoming disillusioned with any idea

So this is my little effort out of respect for them..

as i cannot convince religion..on my own..

to turn a different course..

But if they do not..

with freedom of information..

Organized churches are on the pathway..

of destruction..of the ability to keep the doors

That is for them to figure..out..i  AND OTHERS cannot turn

the ‘TITANIC’ around ALONE…nor even it seems..

with the help of the pop music industry..who are

doing such a great job..in promoting equal respect for people..

with all GOD GIVEN DIFFERENCES…

WELL OKAY..NOW THAT I GOT THAT OFF MY CHEST..

This iS my little effort of sharing my personal experience..of my own

proof  of GOD..and nah for me GO
D is everywhere in every religion..and oh my GOD..

even in songs of so called secular musicK artists..

When i AM A teenager..i hear the song above about the boy with the stars..

in his eyes..by Alan Parsons..and oh my GOD i do not kNOW why..but in my mind..

a spark of thought comes..that tells me one day i WILL

TO PROVE THE EXISTENCE OF GOD!

Well..i use this song in a post..called

‘Temple of GOD in the TWiLIGHT”

as it comes to mind randomly..

in looking at the post after i inserted the video..

there IS a star in my right eye..that is quite discernible

to most naked eyes…that are reviewing it so far..

Now to be clear..i’m sure there is a natural explanation for it..

But this i see ..is how GOD and Synchronicity..(the ‘ACAUSAL’ connecting

I LOVE and COMMUNICATE with GOD through the practice..

of TAI CHI incorporated in dance..along with Chakra Belly Dance..YOGA..

in a type of walk dance including reverse walking that i do everywhere i go..

in the last several months…

But i am completely sure that God’s way .. the power and force..

that connects us all..and is in all things..

‘Sun Dogs’ in the sky..and the Lion in the lights..

of Burger King with the yellow lion looking cat..

and the heart of star..that is the sun in the sky..

are other examples of so many more synchronistic

events that iAM CAPTURING with my iPhone5 camera..

But the greatest synchronistic event for me is the return

i predicted something special would happen that day..months before

that ..and other folks did too..as it IS the date for the

while a prince of England IS born that day..

i AM reAlly happy..

to a bliSs of existence..th@IS

except for the fact that i

But here’s the other thing..while i feel cAlled by

this all encompassing power and force that i know as

GOD to take all these dam pictures with my iPhone..

i AM also cAlled to photograph my self completely nude doing

TAI CHI in front of my bathroom mirror..as ya see..strange things..

and yes..even transformers exploding.and YES there are witnesses to thIs..

But when i do my nude photo shoot with TAI CHI..

my leg..and yes in the next pictures.. a series of many letters..that

did not exist..anywhere but in that photo..

WITH one word clearly cursively written too..

Well..i will not link that photo here..

be found on my blog..which it might be better.

if yah take my word for it..

and i AM ALREADY LOSING

But..here’s the thing..i have bliss..

and there are other folks…contemplating..

putting bullets through their head at the end of the..

day whose faith might not be as strong aS TItanium..

as a POTENTIAL life..

is much more important..

the little annoyance…of anyone trying..

to alter my BLISS..

IS AS STRONG AS TITANIUM..

SO WITH THAT SAID.

HERE IS MY ANTHEM..

SERIOUSLY I MEAN THAT..

BLISS WILL DO THAT TO

I like to write.
View all posts by katiemiafrederick →
This entry was posted in Uncategorized and tagged GOD enLiGhtens the boy with a Star in hIs sKeYe. Bookmark the permalink.